The livestream is now over; watch the archived program above.
In the eleventh program in The Broad’s The Un-Private Collection series, renowned artist Robert Longo was in conversation with musician and journalist Henry Rollins. Longo marries the power of photographic and filmic images with large-scale artworks that often escape categorization as strictly painting, sculpture or media art. “My work exists somewhere between movies and monuments,” Longo says. He explores the importance of images in popular culture and the stereotypical portrayals of the individual’s alienation within a complex society. His aesthetic and conceptual approach came to symbolize the changing landscape of 1980s New York City—with its rapid gentrification, vibrant nightlife and ascendant stock market.
His most well-known series, Men in the Cities, consists of large charcoal and graphite drawings of well-dressed men and women between moments of confinement and release. These works have become metaphors for the success and money-driven “yuppie culture” of the 1980s. Longo’s drawings gradually became larger and more ambitious and expanded to many types of media, such as his cast-aluminum relief sculptures. In Longo’s recent drawings, he has addressed pressing social issues from gun violence and police brutality to religious conflict. The Broad collection has eight exemplary artworks spanning Longo’s career.
In describing Henry Rollins, the tendency is to try to squeeze as many labels as possible into a single sentence. “Rollins is many things,” says The Washington Post, “diatribist, confessor, provocateur, humorist, even motivational speaker…his is an enthusiastic and engaging chatter.” Entertainment Weekly’s list includes “Punk Rock icon. Spoken word poet. Actor. Author. DJ. Is there anything this guy can’t do?” TV Guide has more concisely called him a “Renaissance Man.” Rollins has toured the world as a spoken-word artist, as frontman for both Rollins Band and Black Flag and as a solitary traveler with insatiable curiosity, favoring road-less-traveled locales in places such as Nepal, Sri Lanka, Siberia, North Korea, South Sudan and Iran. He currently hosts a weekly radio show on KCRW, in addition to writing weekly columns for the LA Weekly and Rolling Stone Australia. In 2013, after previously anchoring shows for IFC and National Geographic, Rollins joined the History Channel’s H2 network as host of the TV series 10 Things You Don’t Know About. In 2014 Rollins received the prestigious Ray Bradbury Creativity Award in recognition for his lifelong contribution to the arts, his passion for social activism, as well as his intense passion for the importance of maintaining books and libraries.
Sponsored by U.S. Trust, Bank of America Private Wealth Management

View works by Robert Longo in the Broad collection 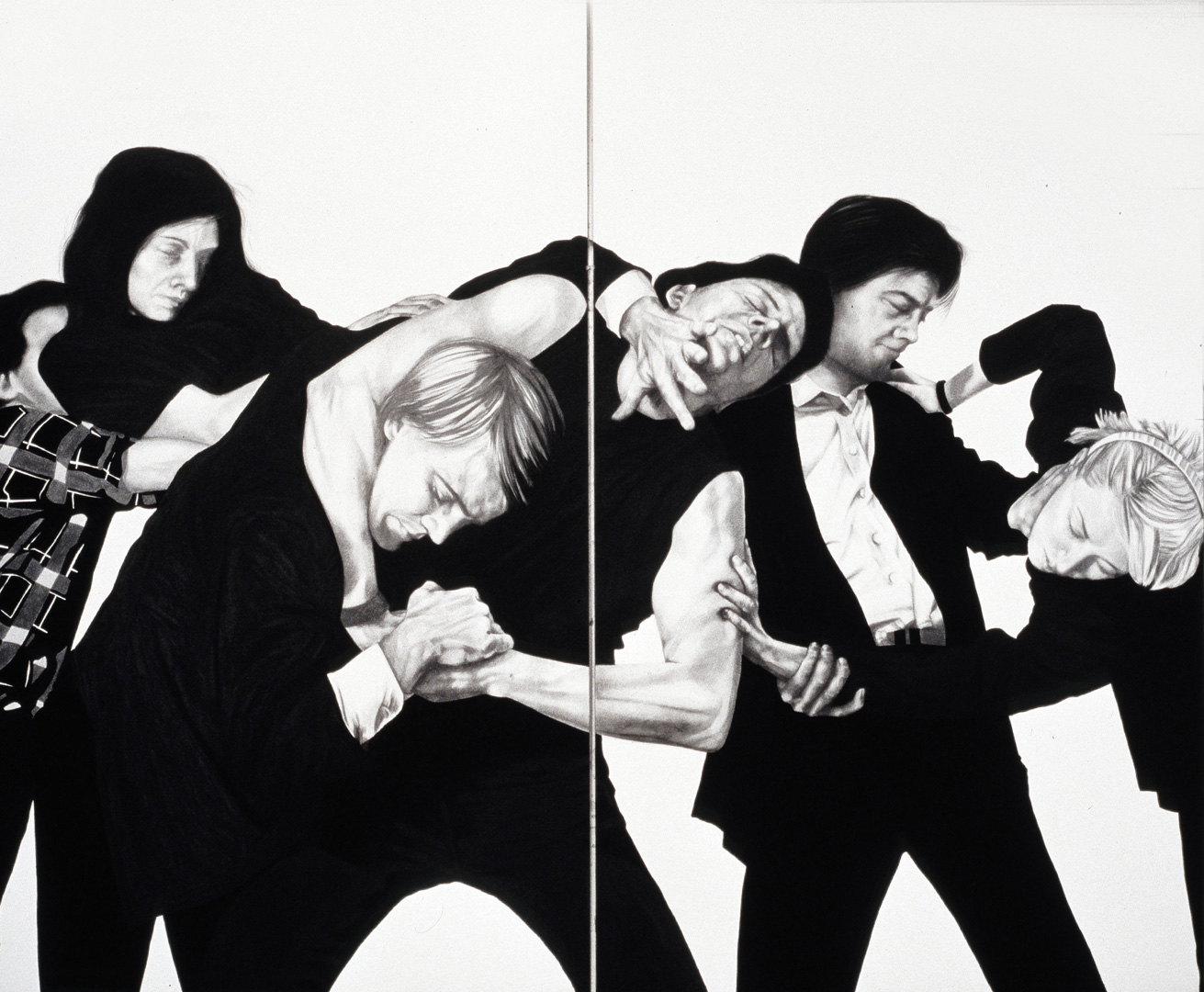