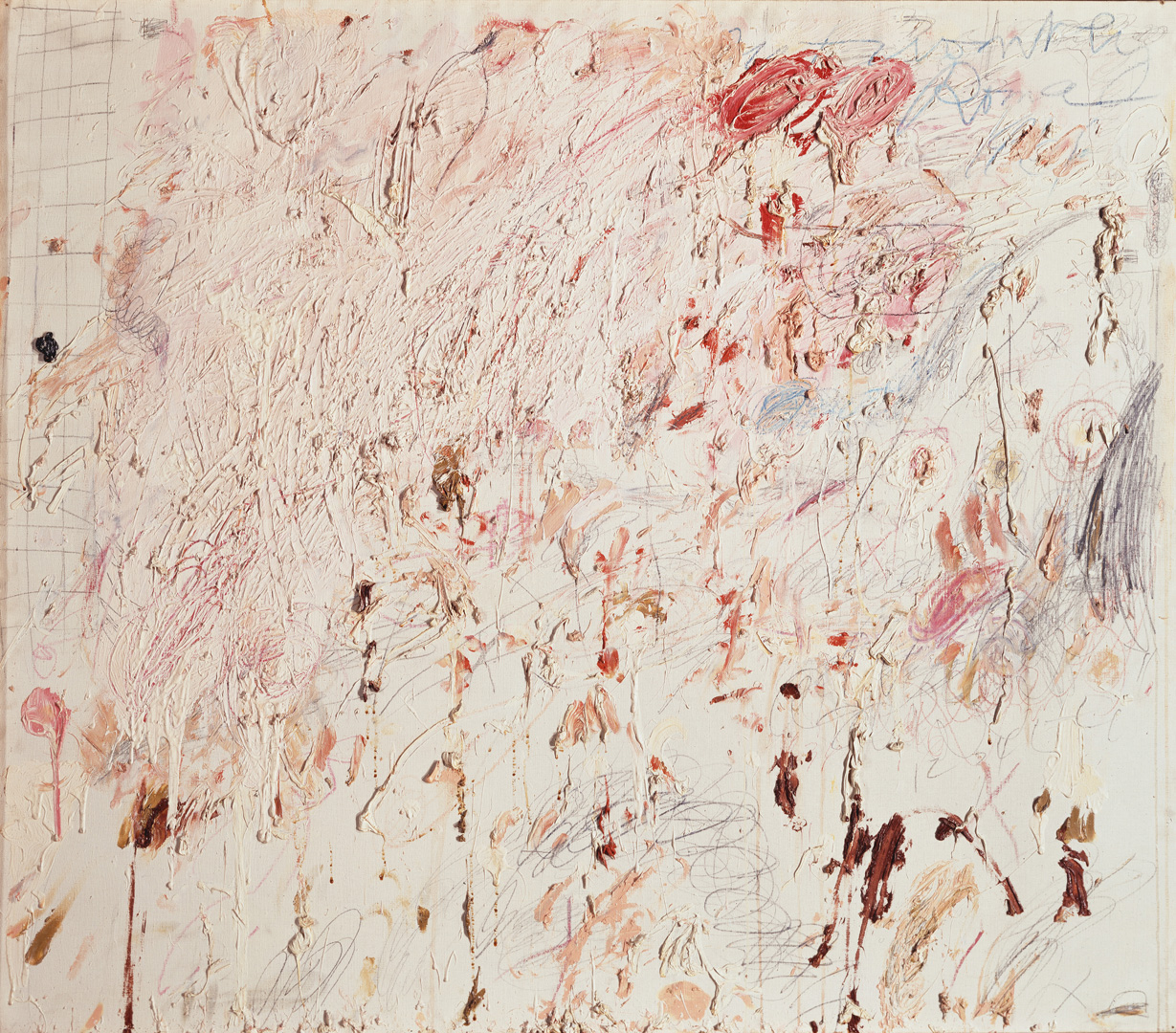 In late 1952, Cy Twombly, along with fellow artist Robert Rauschenberg, traveled to Italy and North Africa on a fellowship. Twombly arrived in Rome with a purpose, stating on his fellowship application that he was drawn “to the primitive, the ritual and fetish elements, to the symmetrical plastic order.” For Twombly, this order mixed with ritual was made manifest in ancient structures, in totemic stones, and in glyphic ruins, and these forms enter into both his painting and his sculpture of the time. Untitled is decidedly totemic, featuring a series of towers resembling phalluses executed in quick washes of paint and frenetic line work. In its essence, the work illustrates primal energy transforming into architectural form, personal gestures building and coalescing into archetypes. Untitled was made at the beginning of Twombly’s career, but it is fundamental to understanding the artist’s lifelong passion for ancient societies and his belief in the dynamism of art to revive their spirits and powers.

By Cy Twombly in the Collection 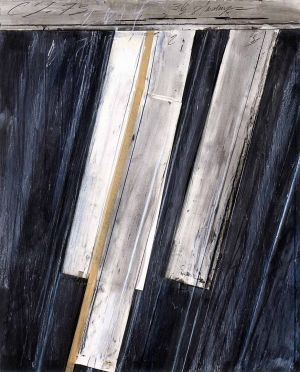 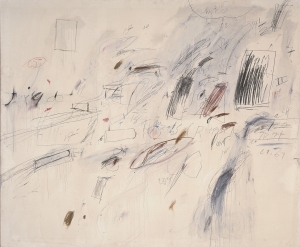 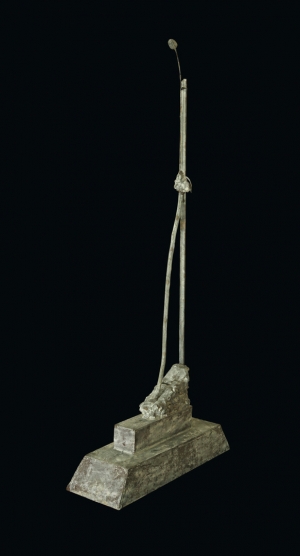 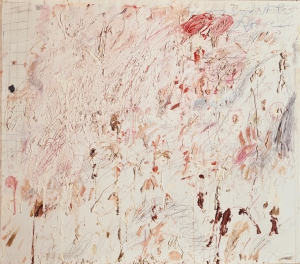 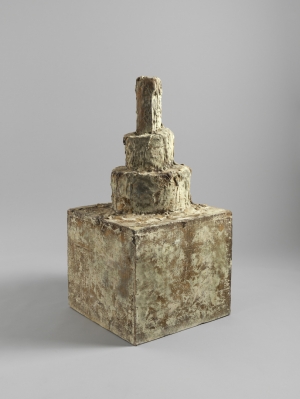 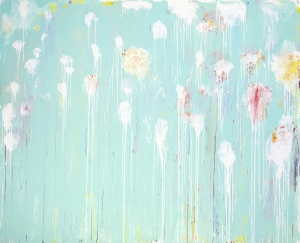 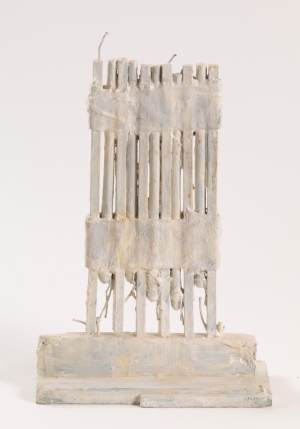 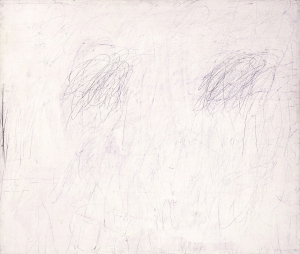 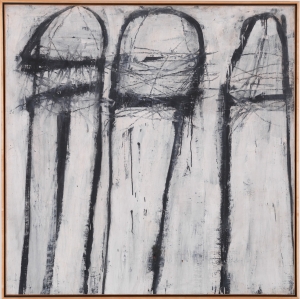 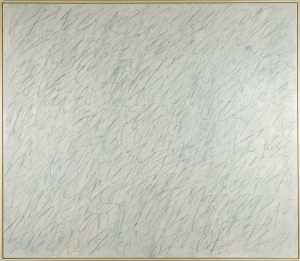 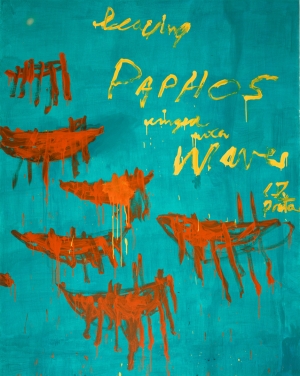 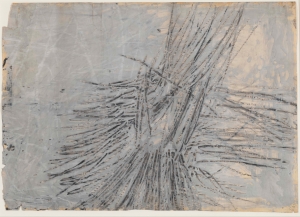 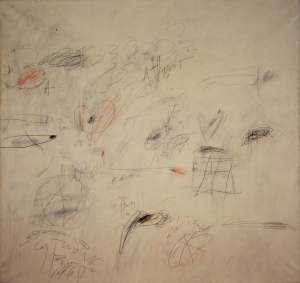 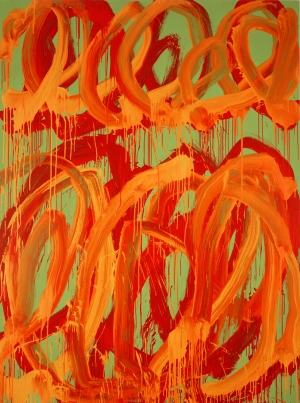 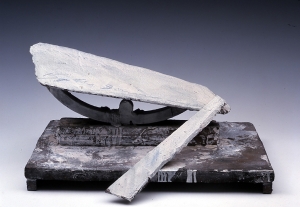 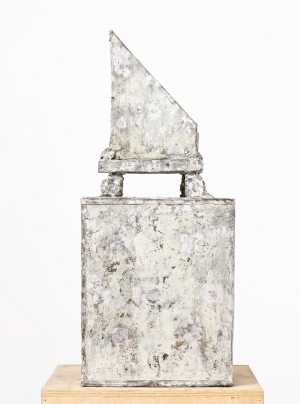 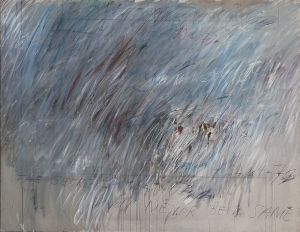 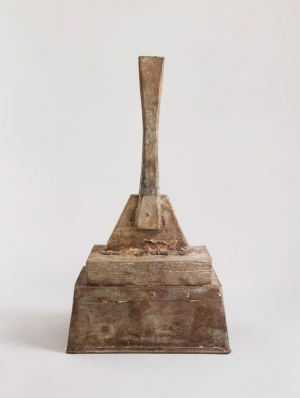 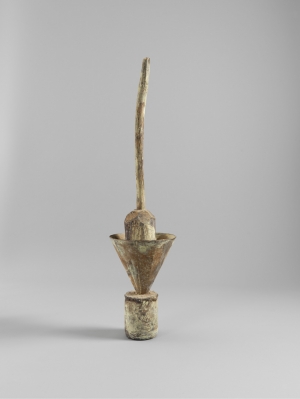 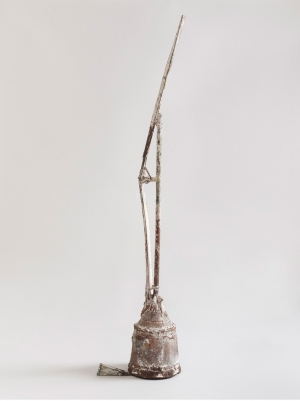 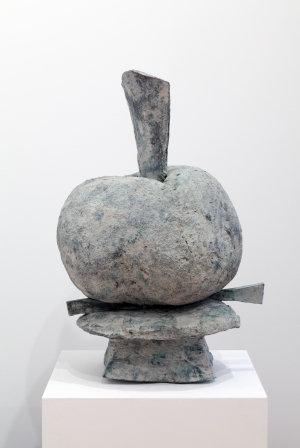