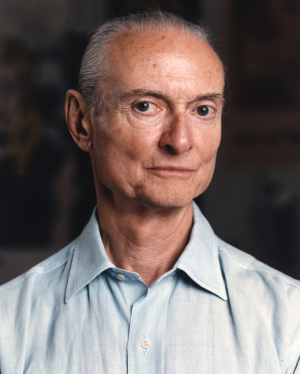 Roy Lichtenstein was one of the founders and innovators of pop art, which brought the techniques and content of mechanically reproduced imagery into the world of fine art. His hallmark style, hand painting commercially printed benday dots, set forth original meditations on the genres and history of art as well as wry commentaries on modern living. Lichtenstein’s paintings are often seen as ironic or satirical accounts of art history, demonstrating how the images of art become common property and are codified by advertising, printing, and other media for public consumption.

In the early stages of his career, Lichtenstein incorporated comics into his works to deflate the egos and pretensions of high modernism. Live Ammo (Blang!), 1962, is an altered comic image showing a large gun firing a shot, smoke billowing into the corners of the frame. Lichtenstein uses this image as a piece of found abstraction, and the water and smoke of the gun shot are meant to resemble the all-over compositions made famous by Jackson Pollock in the late 1940s. Lichtenstein parodies the existential melodrama of abstract expressionism and critiques the rhetoric that attributed a metaphysical or transcendent import to the movement’s paintings. Lichenstein’s version of abstract expressionism is removed of pomp, turning august concepts and theories into equally clever comedy.

A year later, Lichtenstein completed Femme d’Alger, 1963, reprising a Pablo Picasso work from 1955. Picasso’s image itself was a reprisal of an 1834 painting by Eugène Delacroix. In many ways, Picasso was a key influence on Lichtenstein, known for using the images of newspapers, wallpaper, and other widely produced material to parody and visually reconceptualize painters such as Henri Matisse, Georges Seurat, and countless others. Unlike Live Ammo (Blang!), where a comic is found to resemble a style of abstraction, Femme d’Alger is a painting that is converted into a comic. In this work, Lichtenstein offers a complex vision of modern art’s tendency to borrow, steal, and alter the works of the past. Lichtenstein took Picasso’s process a step further, converting the work into the systems of commercial culture and in a sense beating Picasso at his own game. 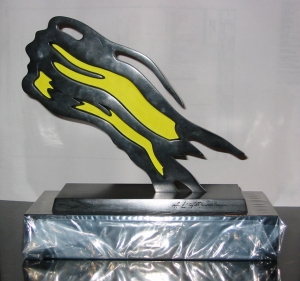 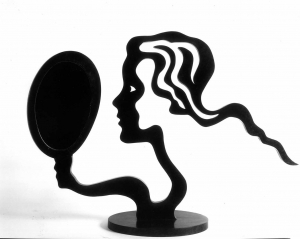 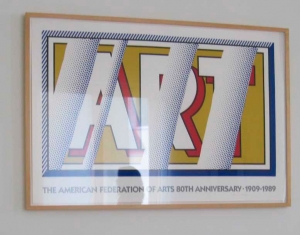 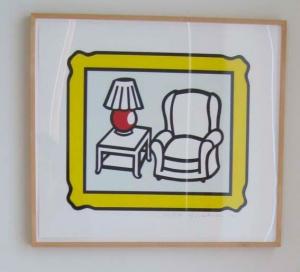 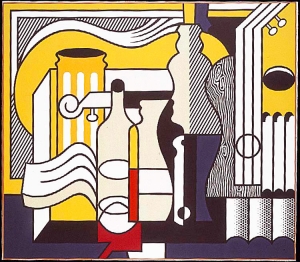 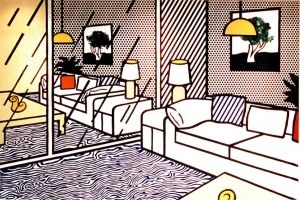 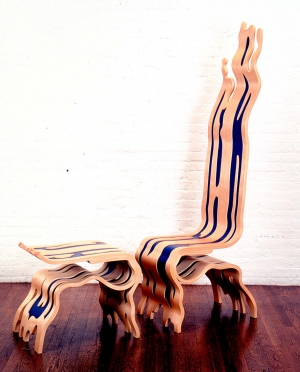 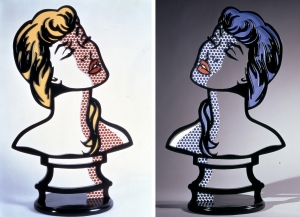 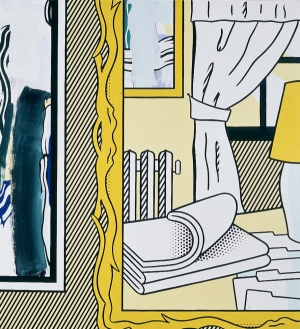 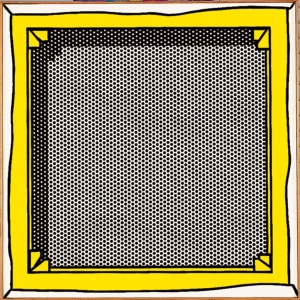 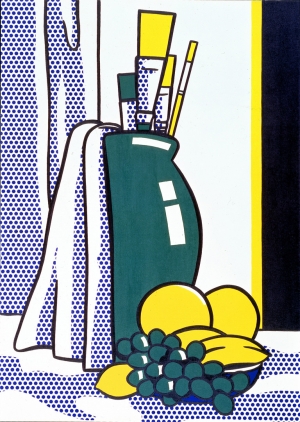 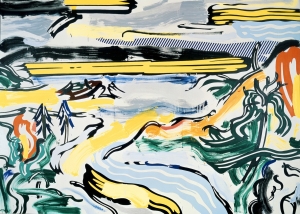 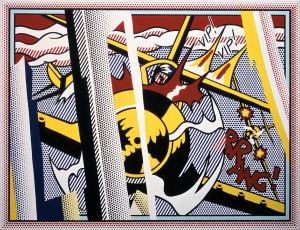 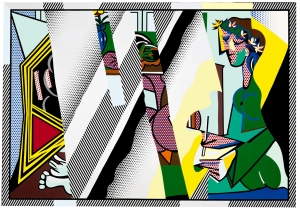 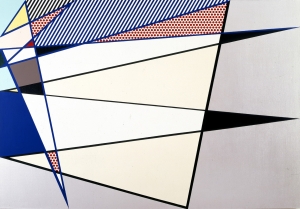 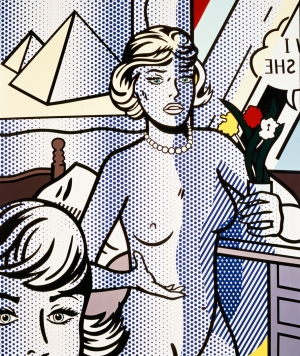 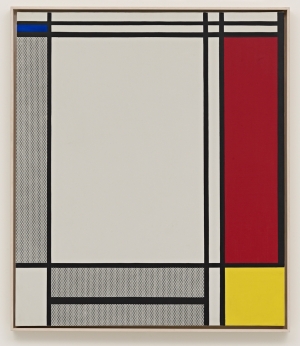 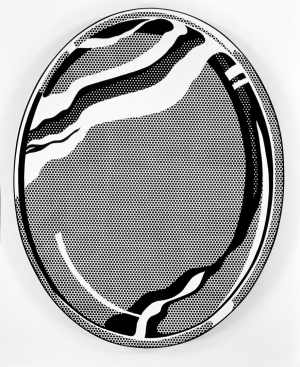 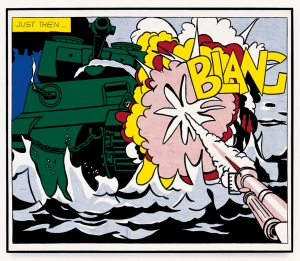 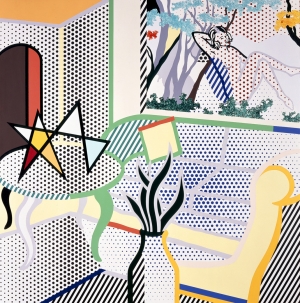 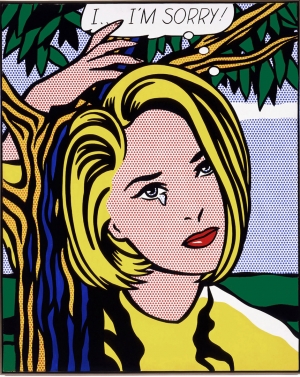 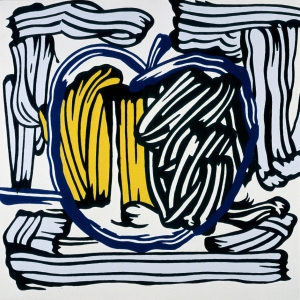 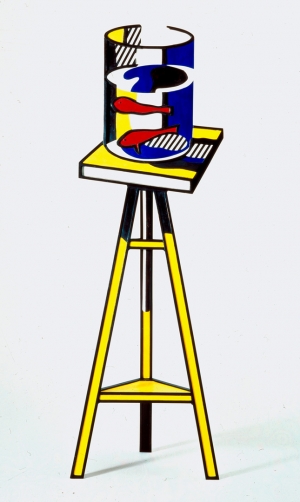 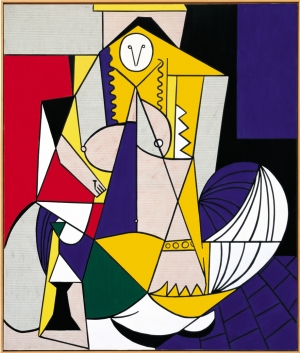 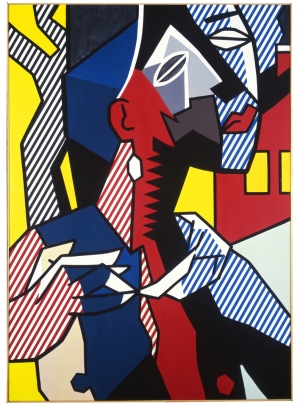 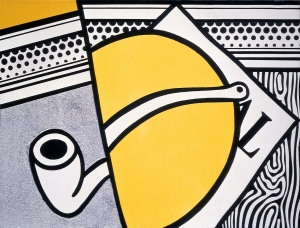