Thresholds often turn sinister or dangerous in the universe of Neo Rauch’s paintings. Going in and out of doors, traveling across and through dimensions, figures are caught between moments of passage, awash in the disjointed, irrational spaces of a dream. Rauch was raised in communist East Germany; soon after the fall of the Berlin Wall, the artist created work that married the socialist realist ruins of communist art with surrealist impulses. Warten auf die Barbaren, which translates to “waiting for the barbarians,” is darkly evocative. A carnival rages on the right side of the canvas, complete with a shooting gallery and the presentation of a Minotaur to a cheering crowd. On the left, traditional Leipzig roofs turn into Holocaust barracks or perhaps Soviet Bloc housing, and the Minotaur is burned at the stake. In the center, the threshold between the changing scenes, a woman lies in a distorted pose, stretching from one world to the next.

By Neo Rauch in the Collection 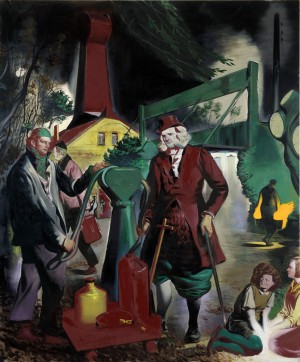 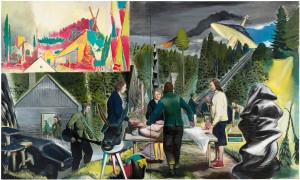 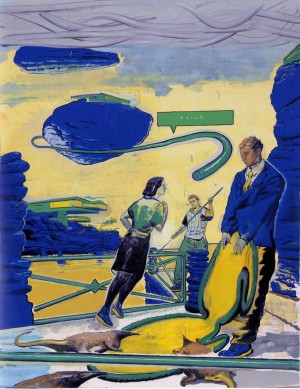 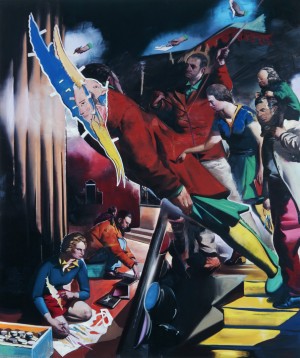 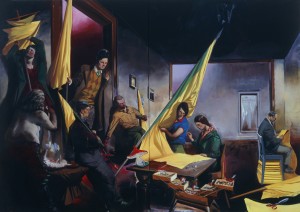 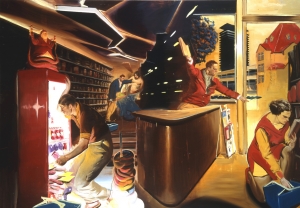