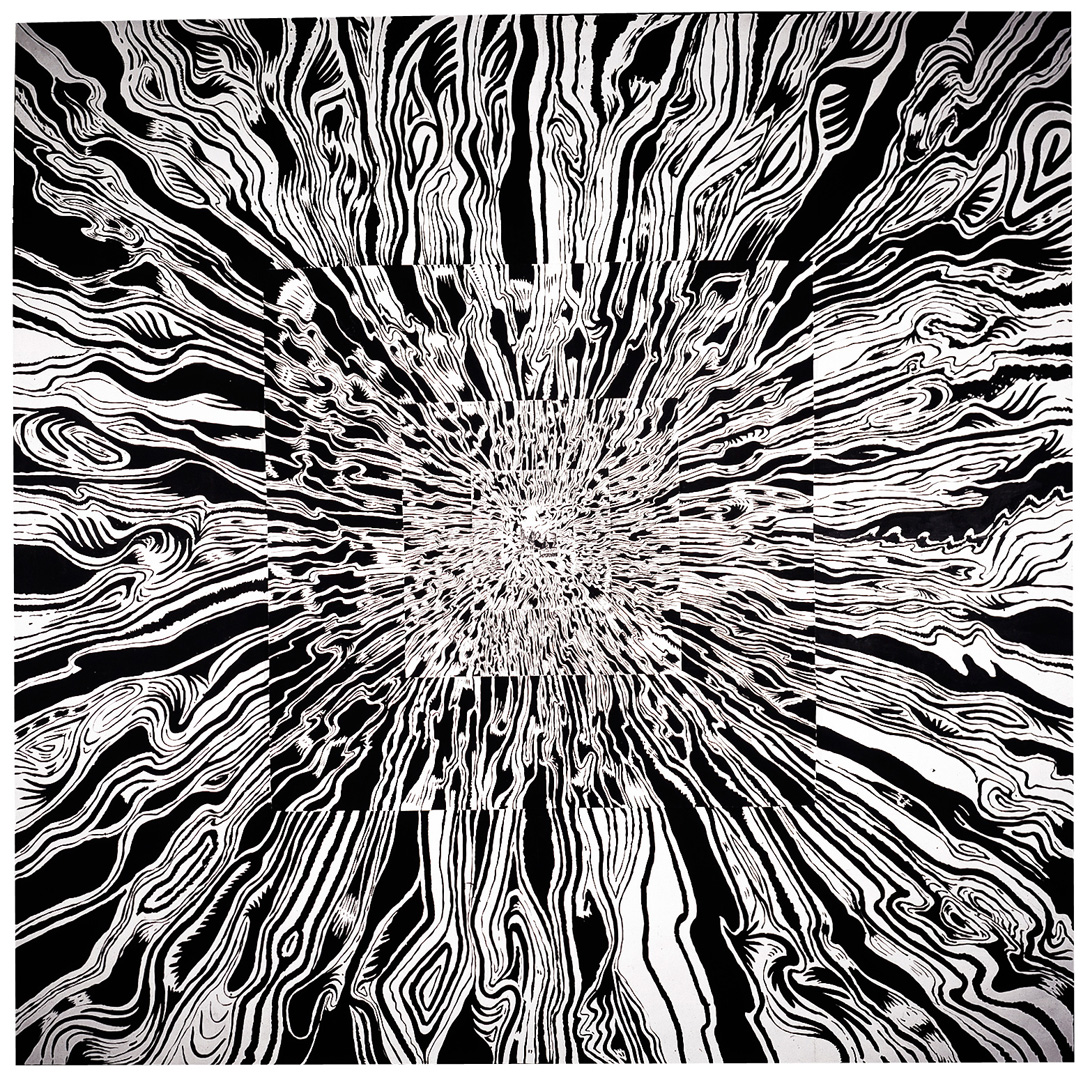 © Mike Kelley Foundation for the Arts. All Rights Reserved / VAGA at ARS, NY

The six-part drawing Infinite Expansion is associated with one of Kelley’s most important early performances, The Sublime. In 1984, at the Museum of Contemporary Art, Los Angeles, Kelley read aloud a National Geographic article about Borneo, detailing the discovery of the world’s largest flower on the island. Countering Kelley’s words, dancer Ed Gierke and actor Mary Woronov delivered a series of gestures and insults, seemingly railing against the mystification and wonder conjured by National Geographic.

As the performance’s title suggests, at issue in The Sublime is the feeling of a terrifying or an awestruck emotion created by an encounter with greatness of incalculable scale, whether offered by human achievements or the natural landscape. For Kelley, as he related in an art21 interview, these feelings are not transcendent, instead they are rooted in the body and are capable of being generated in a number of (not necessarily “great”) ways:

I’m interested in a less elevated beauty. For me, psychedelia was sublime because in psychedelia, your worldview fell apart. That was a sublime revelation, that was my youth, and that was my notion of beauty. And that was a kind of cataclysmic sublime. It was very interiorized, it wasn’t about a metaphysical outside, it was about your own consciousness.

Infinite Expansion debuted at Rosamund Felsen Gallery in an exhibition of material and artworks related to The Sublime. At the center of the giant work is a small drawing of a house set in the vastness of nature. The composition references the romantic tradition in which the sublime, achieved through nature, was considered among the most important goals and purposes of art. In Kelley’s hands, the house and mountains are presented at a humble rather than heroic scale, and a hallucinatory burst of woodgrain and energy waves dominates the frame. Here, Kelley’s sublime is offered not by the transcendent, idealistic pursuit of romanticism, but by the aesthetics of a psychedelic poster, an expansion as achievable through mindset as through environment.

By Mike Kelley in the Collection 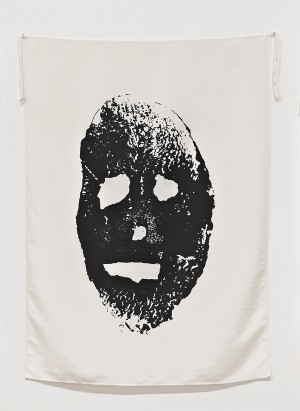 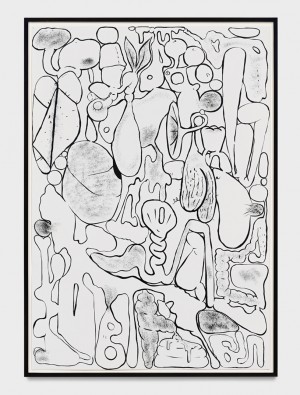 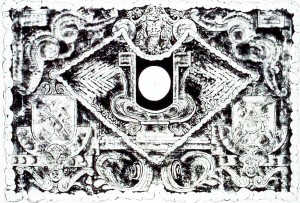 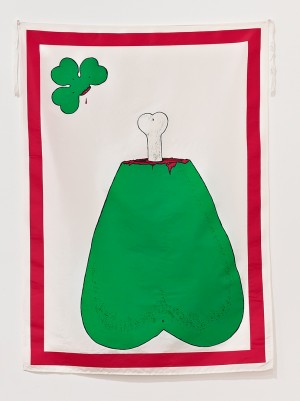 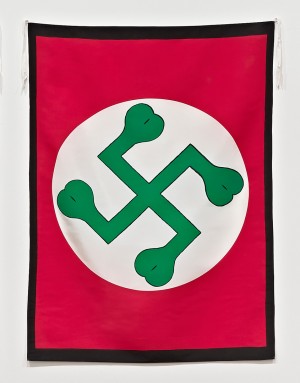 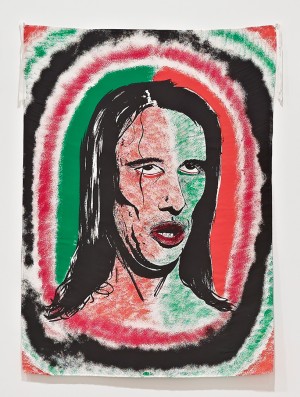 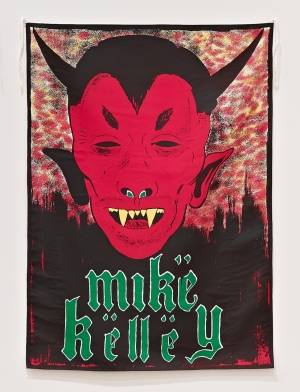 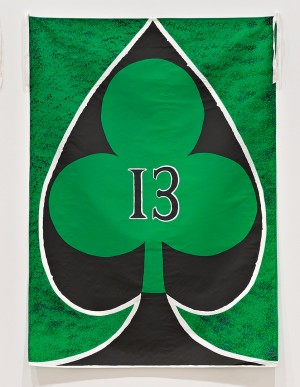 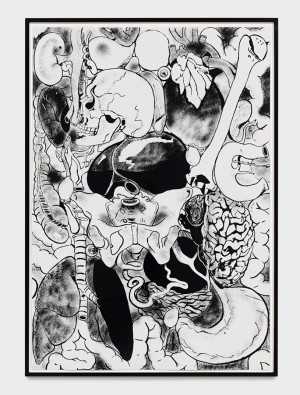 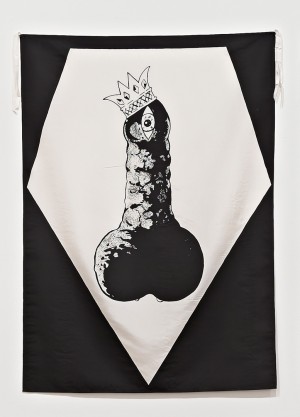 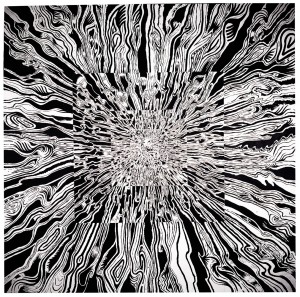 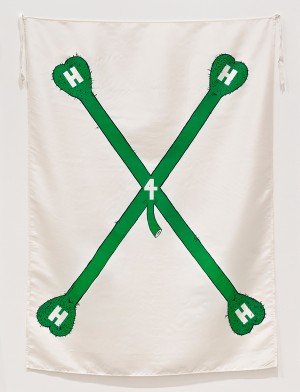 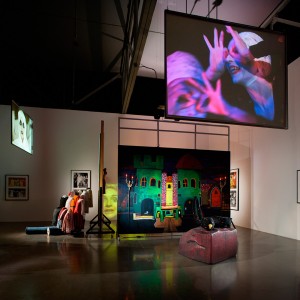 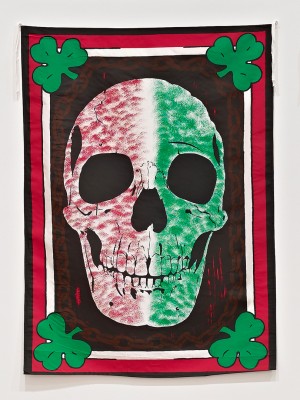 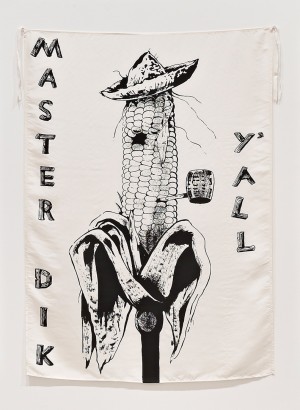