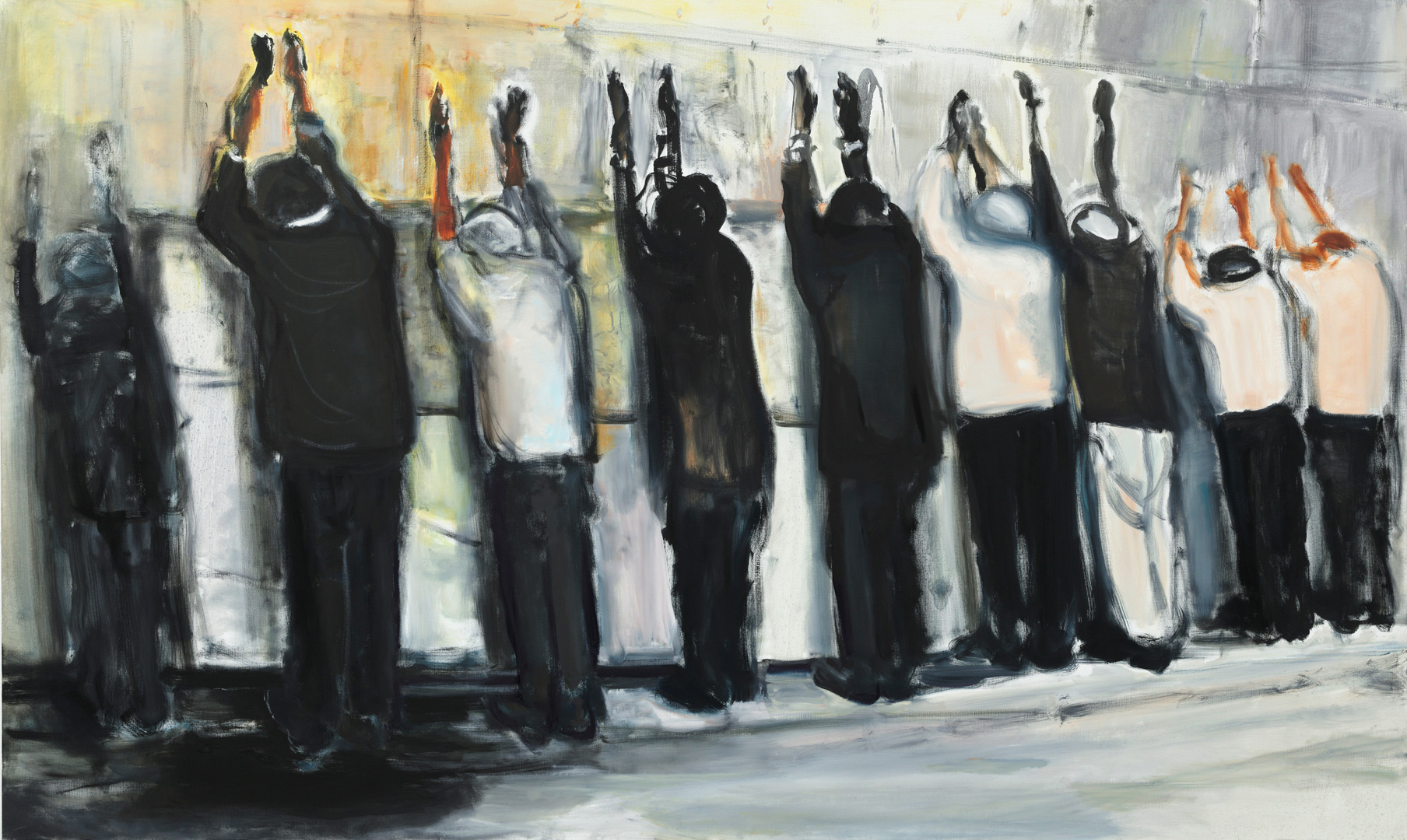 Wall Weeping is derived from a photograph that depicts Israeli soldiers searching Palestinian men in front of a stone wall. Marlene Dumas’s painting, however, re-presents the photograph, focusing on a cropped section of the image without the soldiers. With this change of context, Dumas finds the appearance of the men to be negotiable, their raised arms seen just as easily as gestures of prayer as the outcome of a search. The identity of the Palestinians is able to shift in the pliable space between the cropped image and its real world explanation — Palestinians shift visually into Israelis, an ordinary wall shifts perhaps into the Wailing Wall in Jerusalem. The visual connection that Dumas portrays between the long-suffering nations, in their mutual plights, suggests that social connections, which currently seem difficult if not impossible, might also be realized.

By Marlene Dumas in the Collection 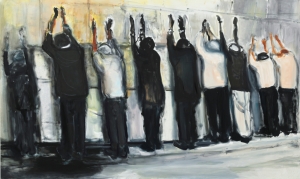