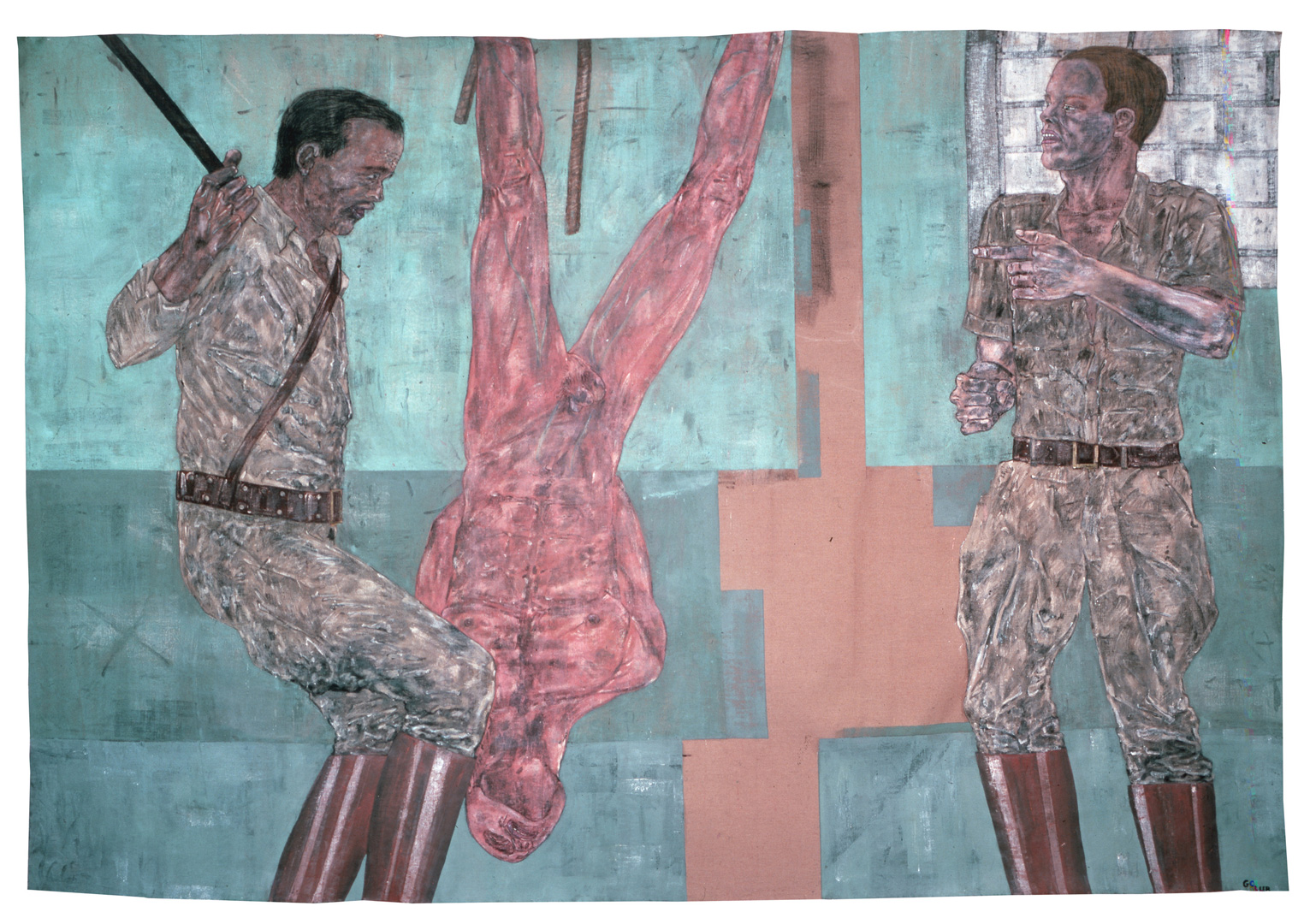 Interrogation 1, 1981, is one of Golub’s most recognizable images, depicting two men interrogating and torturing a naked man hanging upside down from the ceiling. The large work invites the viewer into the space of the action. The viewer is implicated, able to empathize with the victim yet peering into the scene like a voyeur. The nudity of the victim presents a moral dilemma, described by curators Ned Rifkin and Lynn Gumpert as creating, “the disconcerting need to align themselves with the clothed interrogators who are in control of the situation.” 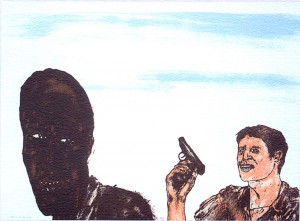 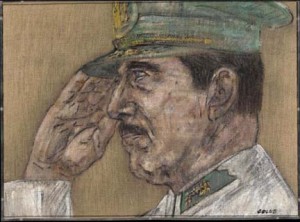 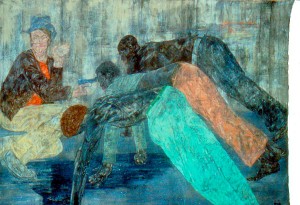 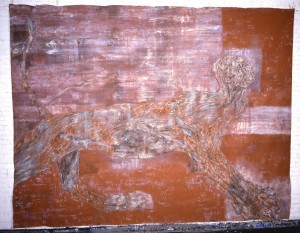 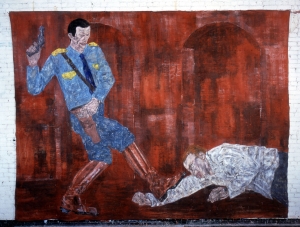 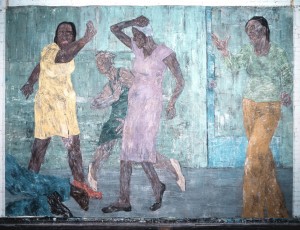 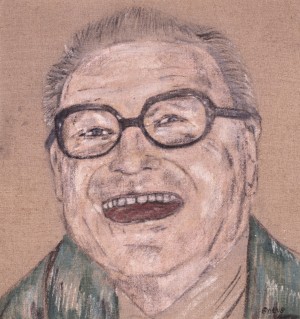 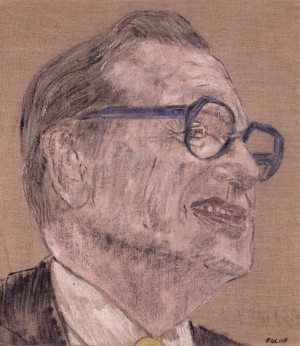 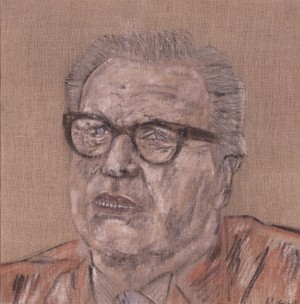 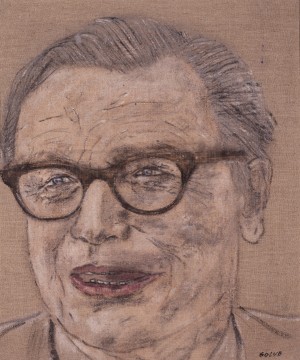 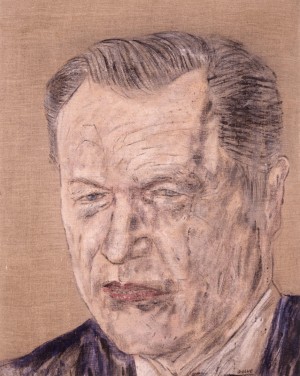 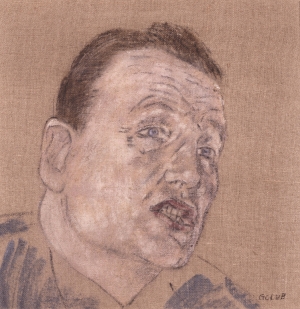 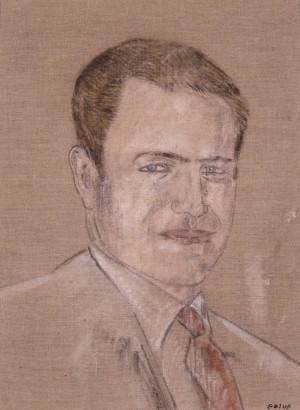 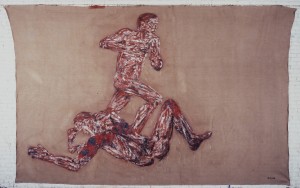 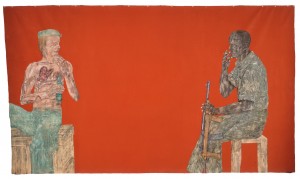 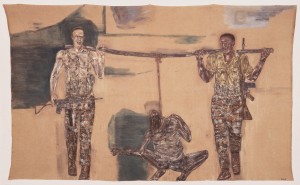 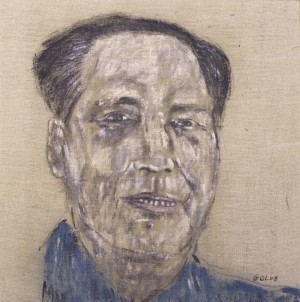 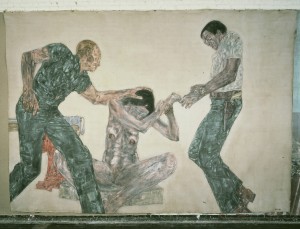 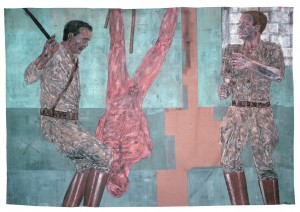 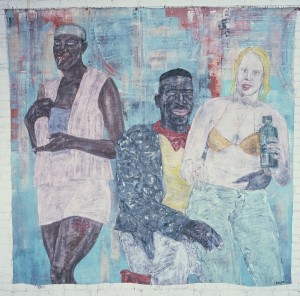 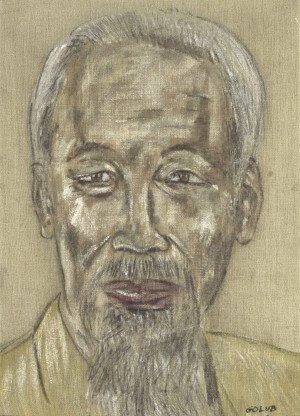 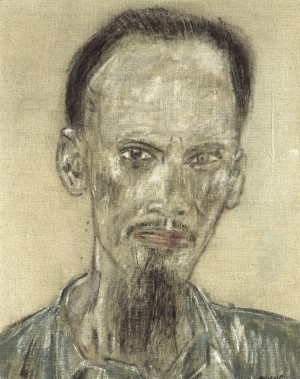 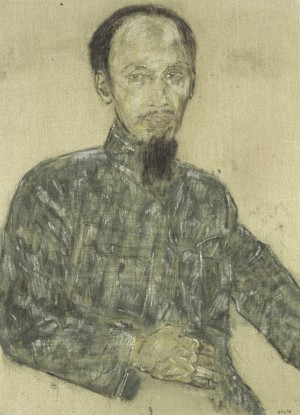 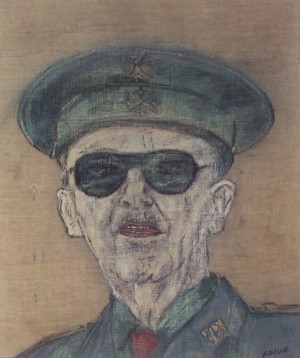 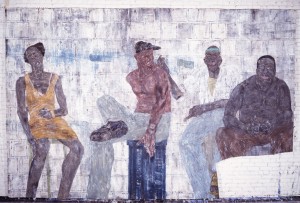 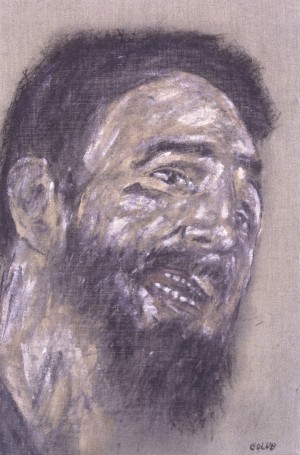