In her monumental paintings, Julie Mehretu begins with controlled public spaces, using elements of mapping and architectural drawing to create dense landscapes. Cairo presents the ancient Egyptian city caught in a furious wind blowing off the Sahara, its structures and history extending into vectors. Simultaneously, the work portrays Cairo as the contemporary, revolutionary city in the political spotlight as the seat of the Arab Spring, raising the world’s consciousness about government suppression and citizen-led change. In the middle of the work is a rendering of Tahrir Square, the site of several historical protests, which came to symbolize democracy during the 2011 uprisings. Mehretu’s version is stripped down to the most basic details: an oblique circle denoting the grassy center surrounded by light posts and concentric traffic lanes. The painting is devoid of people, so landmarks and cityscapes stand in for collective actions as locations of both past events and potential future resistance.

By Julie Mehretu in the Collection 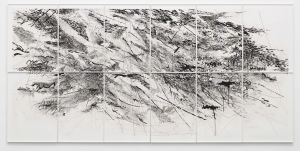 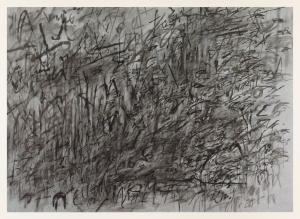 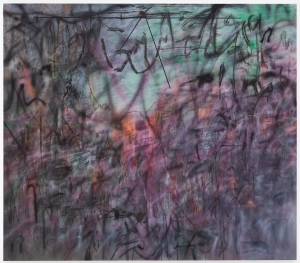 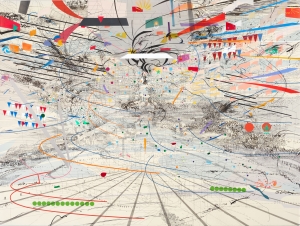 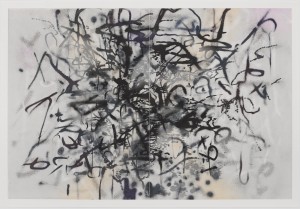 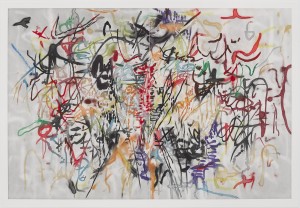 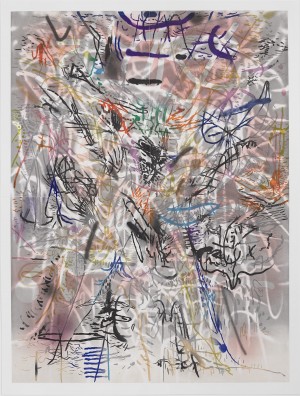 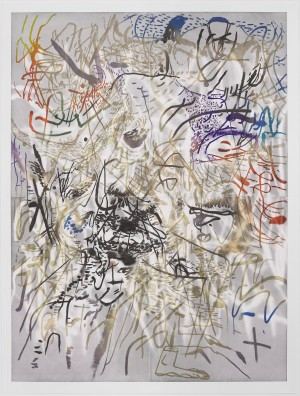 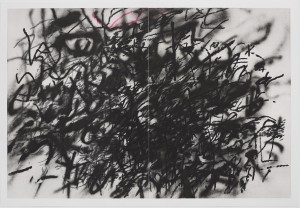