George Condo uses various historical styles and painting modes in his work, unapologetically alluding to painters such as Pablo Picasso, Paul Cézanne, Jean-Baptiste-Siméon Chardin, and Willem de Kooning. Condo asserts that all of these approaches to painting now exist at the same time, and that ultimately painting is defined not by its ability to invent, but by its ability to reconfigure and retool styles for new audiences in interesting ways. Condo’s technique is different from collage in that it retains the space and fused surface of painting. Rather than assembling images from numerous sources or printing methods, Condo paints the varied subjects.

Condo’s approach becomes a metaphor for contemporary life and the often overwhelming flow of influence and circumstances that shapes a modern person. His world is fragmented and fractured, full of unlikely juxtapositions and strange figures. An early Condo work, Dancing to Miles, 1985–86, for instance, recalls the analytic spaces of early cubism as well as the slow unraveling of this conceptual world through paintings of de Kooning. The ultimate lesson of the work, however, is frenzied existence, fraught with turbulence and decay. Miles Davis, referred to in the title, practiced a free-form jazz that spiraled in and out of structure with a complexity all its own—so to dance to Davis is a symbol for difficulty. Like the abstract expressionists, Condo finds metaphoric footing in jazz, but he also finds a complexity hard to conceive of in the 1950s, cubism mixed with pop art and conceptual critique, much more Davis than Benny Goodman.

Central Park, 2009, uses many Condo motifs and visual constructions—full-teethed faces aimed at the viewer, deconstructed perspective, and patchwork and twisted forms—but this is a very complicated and layered effort, quite new to the artist’s practice. Condo is known for image making, and although he employs many styles, he usually maintains the image in the work. In Central Park, however, the image is questioned, moving between figuration and the scratchy, defacement of a painter such as Cy Twombly. The depicted wall (a visual stand in for the canvas) serves as both the generating force of the image and the source of its collapse.

By George Condo in the Collection 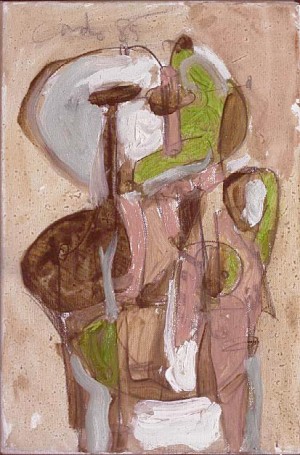 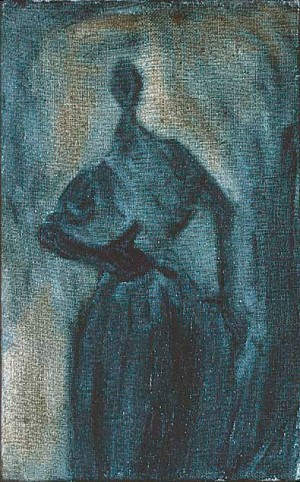 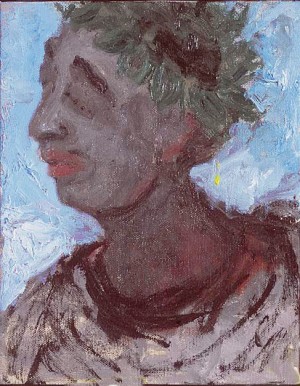 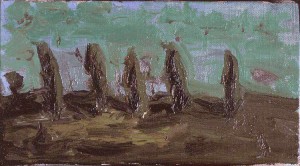 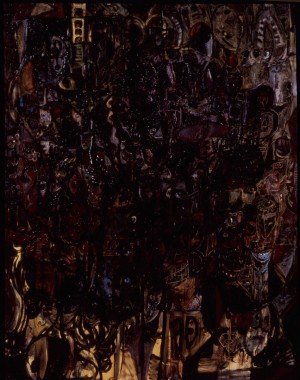 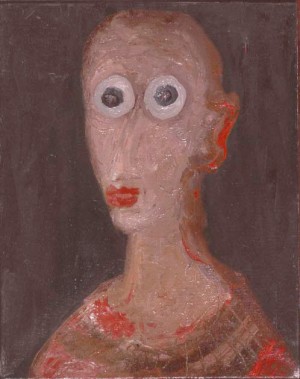 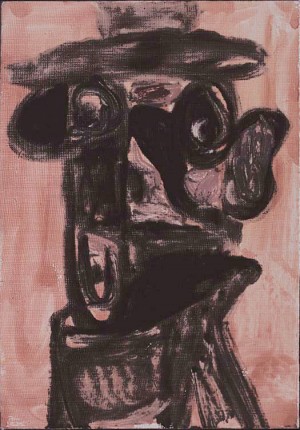 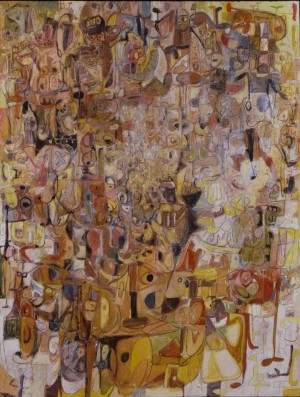 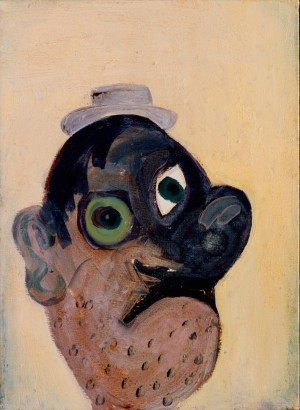 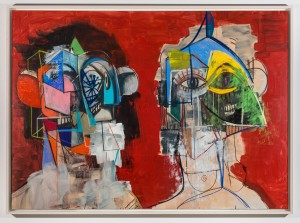 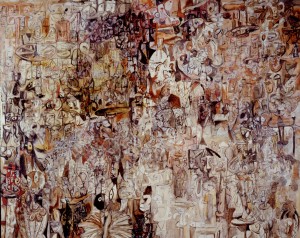 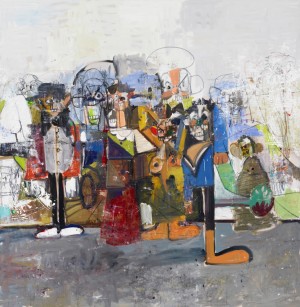 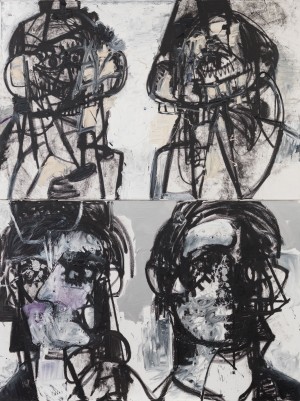