When Ellsworth Kelly arrived in New York in 1954 after six years of working in Europe, he found an environment of artists receptive to his particular approach to abstraction. Moving into the now famous Coenties Slip complex in Lower Manhattan, Kelly encountered the art and fellowship of Agnes Martin, Jack Youngerman, James Rosenquist, and Robert Indiana. Initially Kelly’s approach and work were radically different from the abstract art being practiced in the city. Instead of abstracting from a figure or an image, Kelly was more interested in the experience of abstractions found in everyday life and nature. Abstraction was less something to be achieved than re-created.

As many critics have observed, Kelly’s work can be viewed in terms of what it is not. Unlike the painting of the abstraction expressionist and color field artists at the time, Kelly had no desire to make works involving expression, conceptual organization, depiction, or narrative. He was willing to drop traditional painting’s insistence on the square or rectangular frame to pursue departures of vision and experience. For this reason, Kelly is seen as a forerunner to artists such as Dan Flavin or Richard Serra, who focus on the experiential act of viewing art rather than the transmission of conceptual information.

An exceptional example of Kelly’s method is Green Angle, 1970. Only the second single-panel work completed by Kelly, Green Angle is radically simple in format. Though the integrity of the single panel is retained, the stretching and breaking of the traditional canvas rectangle calls for a different orientation between the viewer and the artwork. Instead of seeking narrative or harmony of composition in a self-contained image, the viewers find themselves immersed in a green field, which visually acts as a figure on the ground of the gallery wall. The architecture of the gallery is brought into play, and the real space that the viewers inhabit becomes the full experiential zone of the painting based on perception and instinct.

By Ellsworth Kelly in the Collection 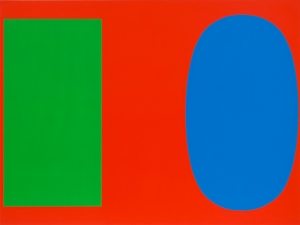 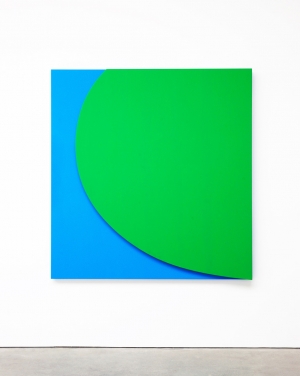 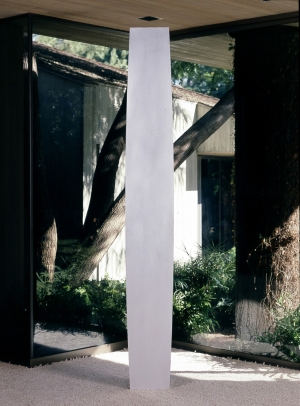 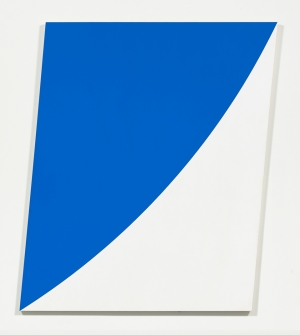 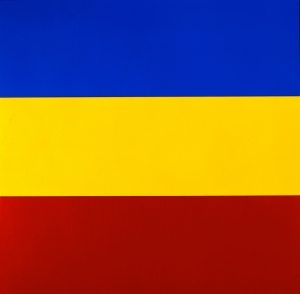 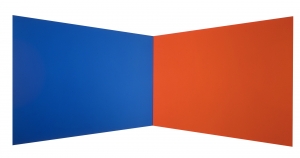 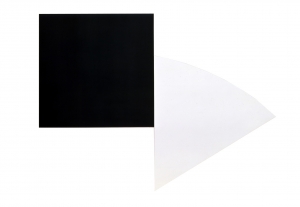