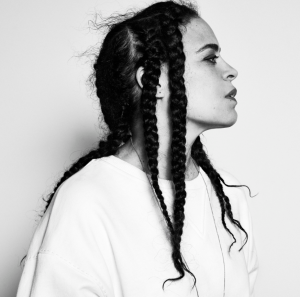 “I am interested in signs not as static but as moving, as things that start with something that has already been discarded. I try to make my images through. . . the unruly cracks in the edifice, underneath which there is something to be protected.” —Ellen Gallagher

Ellen Gallagher’s multimedia practice explores the history of beauty and images in our collective American history. In her hands, modernism itself, both as an ideological stance and as a formal imperative, is shown to have existed through loss and suppression of the narratives of race and gender. Her inquiry takes a polyvalent approach, showing how various forms of media, such as literature, music, and fine art as well as popular magazines and films, used stereotypes to perpetuate social customs derogatory to African Americans. Her work recovers these histories, setting them into aerated aesthetic motion.

At the start of her career, Gallagher used the rules and effects of high modernist abstraction to create historically critical works of information and trauma. The formal effect is reminiscent of artists such as Agnes Martin or Ad Reinhardt, but instead of shapes and pencil lines that distort and shift, Gallagher’s forms are bow ties, mouths, and eyes. These shapes are taken from the iconography of minstrelsy, post–Civil War shows featuring white men in blackface that often had decidedly racist undercurrents. These changing, outmoded symbols of art and racism are called upon again to speak, not as harbingers of hate and repression but with messages full of historical weight and recovery.

In Untitled, 1996, Gallagher creates a richly metaphoric surface. Using the lined paper of elementary school handwriting practice, the artist establishes a loose grid across the canvas. On those sheets of paper, Gallagher obsessively repeats the stereotyped lips and eyes of minstrelsy, as if enacting the handwriting lessons of school. In such ways, Gallagher seems to suggest, historical stereotypes are promulgated through history—through the lessons of children and patterns of education.

eXelento, 2004, is a monumental modernist grid that breaks into isolated magazine pages, showing altered hair product ads from vintage Ebony, Black Digest, and Our World magazines. The women, taking on otherworldly guises with thick, Plasticine hairstyles, are prominently featured. The structure of the grid is animated through these historical symbols, resulting in a deconstruction of the double oppression of African American women: first by a paternalistic society and second by ongoing racial friction. At the same time, however, Gallagher praises the creativity and innovations of the hairstyles, affirming the beautiful creations as one part of a complex social identity. The surface is both critical and joyful, intensely detailed and bursting with information.

By Ellen Gallagher in the Collection 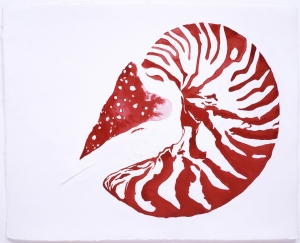 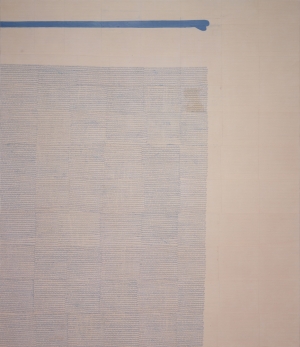 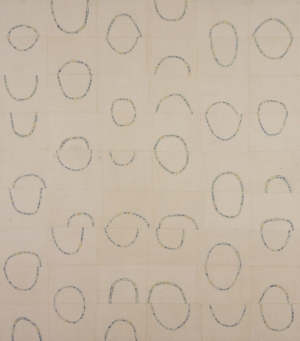 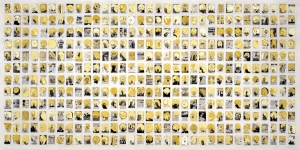 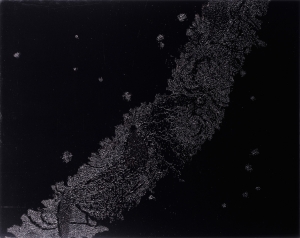