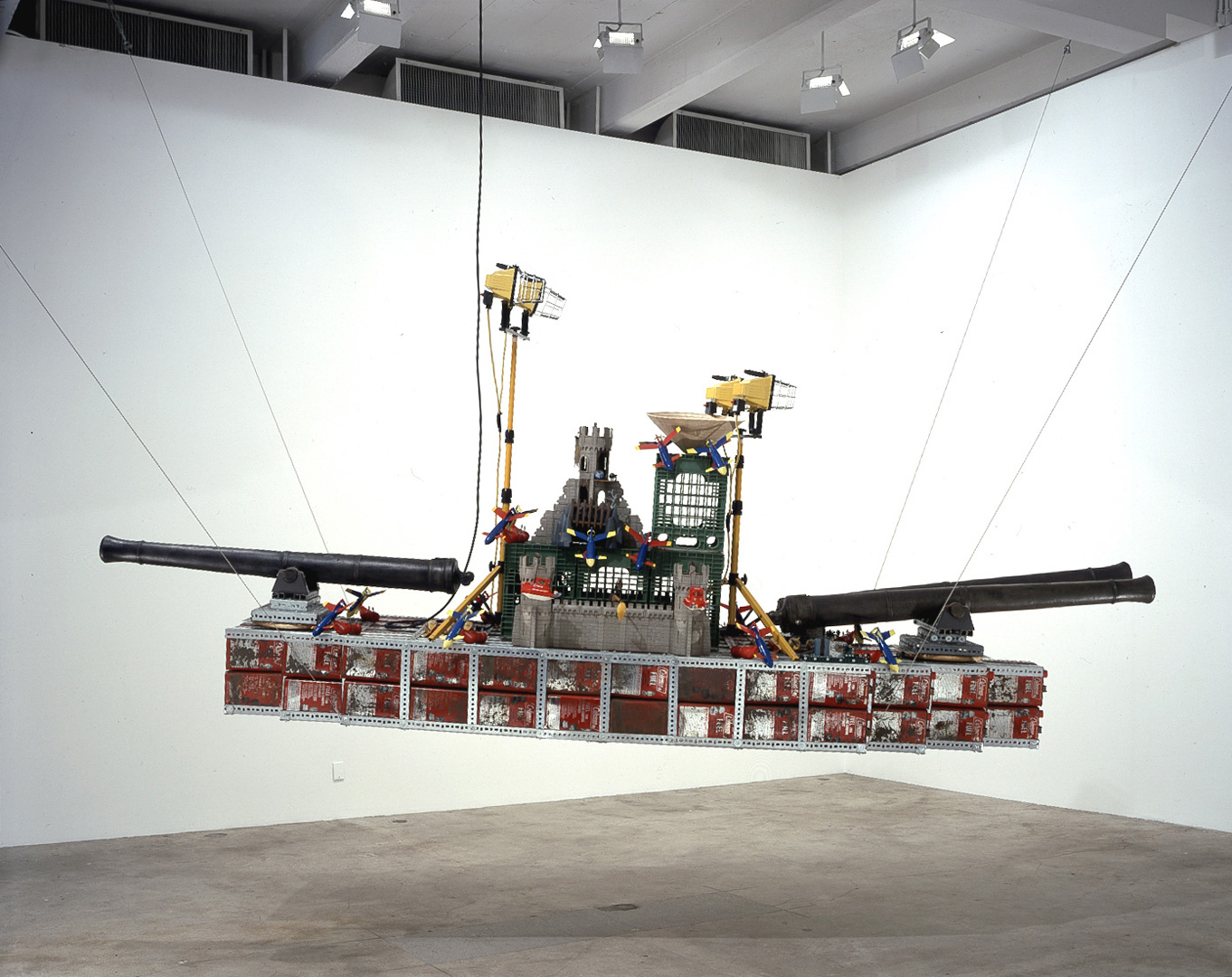 At the outset of his career in the 1970s, conceptual artist Chris Burden became known for his innovative performances that focused on the limits of his own body. In his most famous performance, Shoot, 1971, Burden was shot in the arm, testing both established law and unspoken social rules. Burden later turned to installation and sculpture, similarly investigating political and social power structures while engaging his interest in technology and engineering. Weighing approximately four hundred pounds, Bateau de Guerre is made of small Erector-set girders and foam-filled gas cans. Atop the girders and cans are toy castles, boats, and airplanes along with egg crates and halogen lamps. The installation is an eerie reminder of the ever-present human potential for war and violence, from playful childhood make-believe to military games. Here, the ship tilts forward, ready to strike, lights beaming, vigilant.

By Chris Burden in the Collection 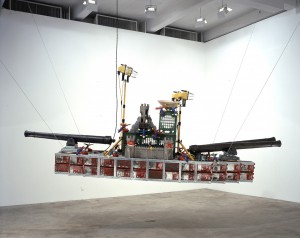