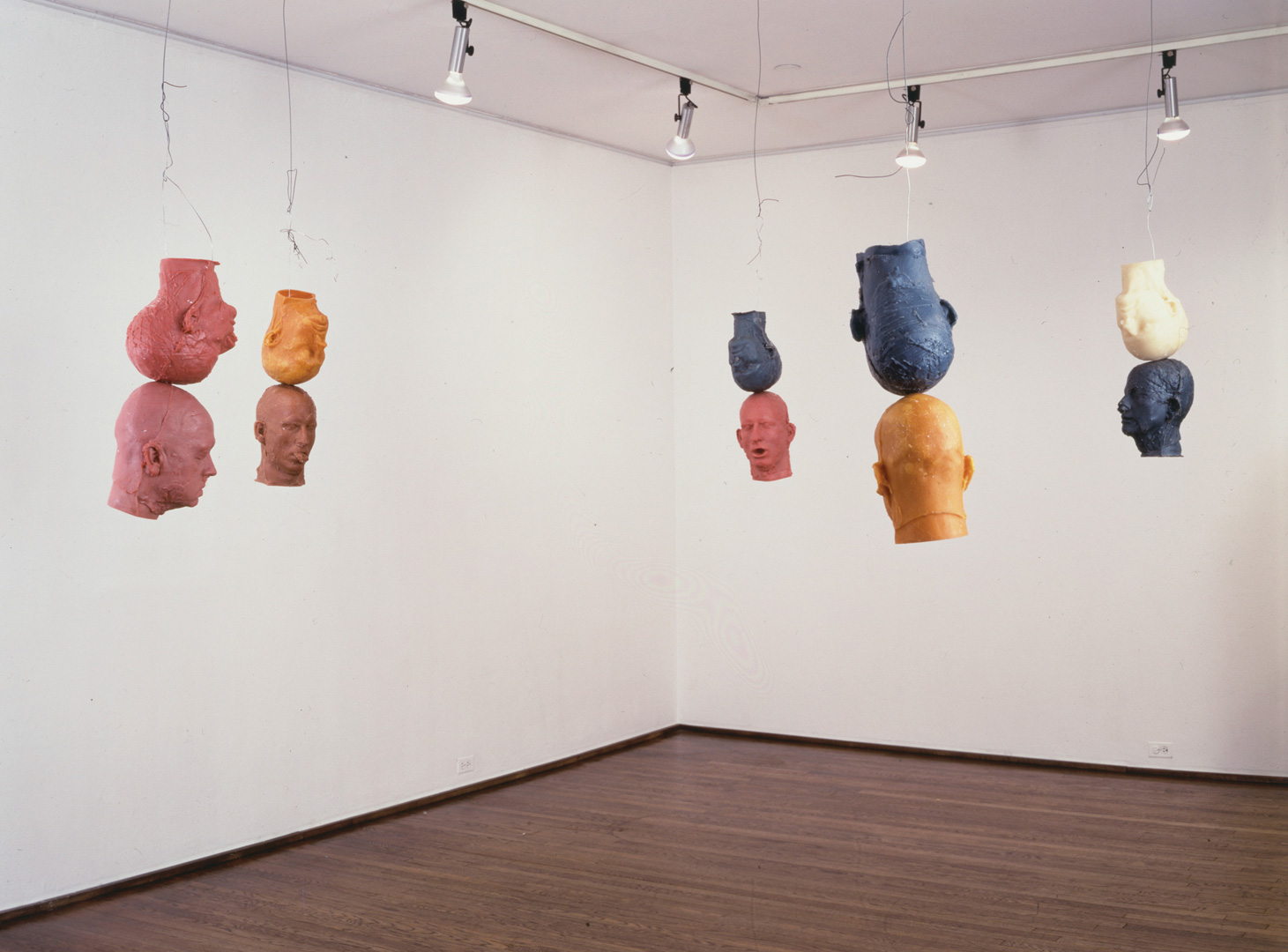 Ten Heads Circle/Up and Down

Since the 1960s Bruce Nauman has been creating work that examines the contradictions inherent in human communication. Ten Heads Circle/Up and Down features ten wax casts of three different heads. The casts are rough and the fabrication is crude. Globs of wax are visible, especially at the nostrils; the seams are intact where the two halves of the mold meet; and loosely tied wire is coming out of the necks of the inverted heads. The arrangement of the heads and their rough appearance recall grisly images of lynchings. Nauman finds friction between eliciting an emotional response and employing a formal method of representation, exposing a misalignment in the cues used to interpret our surroundings. Violence and absurdity become two sides of the same coin that the artist can flip with a precise mastery of the odds.

By Bruce Nauman in the Collection 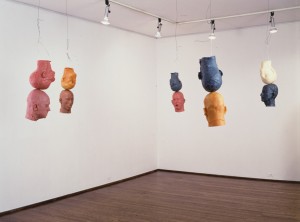 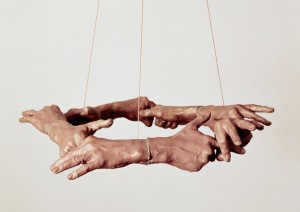