Born at the close of World War II, Anselm Kiefer reflects upon and critiques the myths and chauvinism that propelled the German Third Reich to power. With immense scale and ambition, his paintings depict his generation’s ambivalence toward the grandiose impulse of German nationalism and its impact on history. Painted in extreme perspective, Deutschlands Geisteshelden positions the viewer at the mouth of a great hall, an amalgam of Kiefer’s former studio and Carinhall, a German hunting lodge used to store looted art during the Nazi era. Burning torches line the walls of the space, which is empty except for the names of inspirational artists and writers scrawled above the receding floor: Joseph Beuys, Arnold Böcklin, Adalbert Stifter, Caspar David Friedrich, Theodor Storm, and many others. This is hardly a triumphal place; the lodge keeps vigil, housing names that have become embroiled in a painful history. 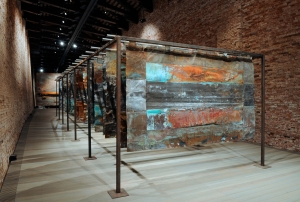 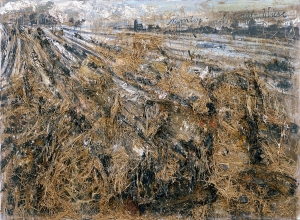 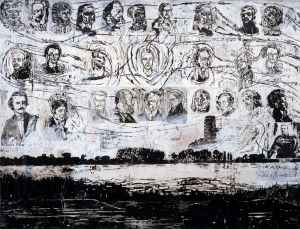 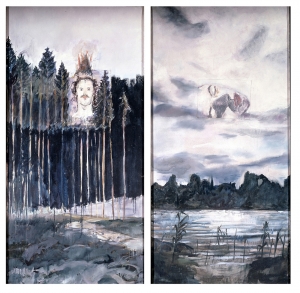 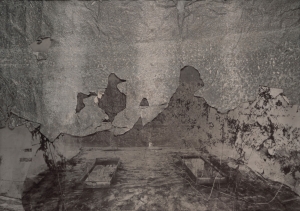 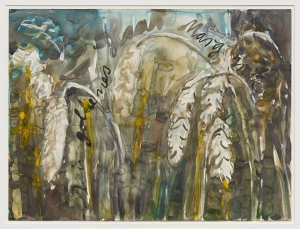 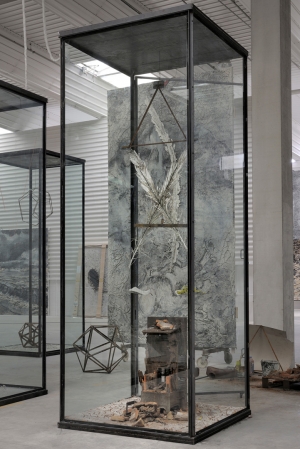 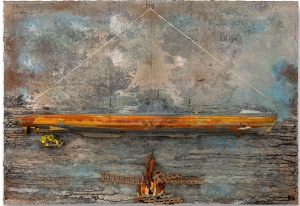 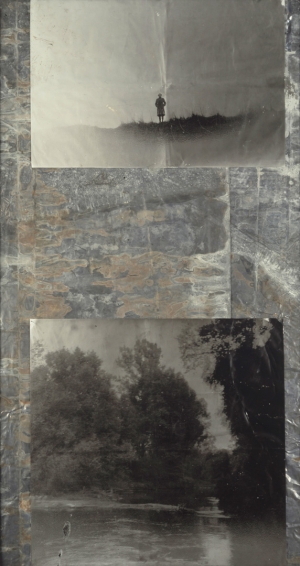 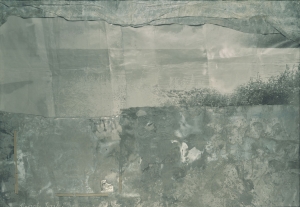