Tony Oursler has a dynamic video practice that combines and expands the physical, confrontational installations of Nam June Paik and Bruce Nauman, the countercultural analysis of Mike Kelley and Jim Shaw, and the prevailing theories about the psychological impact of mass media on the individual. Oursler’s most famous works, such as Underwater (Blue/Green), 1996, feature videos projected onto three-dimensional objects, like stuffed heads. These works are metaphors for both alienated, isolated modern individuals in a technology-driven culture and real encounters intended to trigger feelings of empathy and understanding in viewers.

Studying at California Institute of the Arts in the late 1970s, he worked with first-generation conceptual artists, including John Baldessari, and embraced the movement’s notion of starting with an idea and then moving to a formal expression of the idea. His concern with the hegemonic consequences of television and the moving image on psychology and personal relationships was his starting point. This demanded an expanded vision of what art making could be and what could be presented in a gallery setting. After working through painting, single-channel video, and various installation strategies, Oursler succeeded in creating a hybrid of multiple media for the utmost critical and psychological impact.

Phobic, 1996, presents a loosely hanging sculptural human body with a stuffed head lodged into a corner. A man’s face is projected onto the head, and the figure as whole appears wedged in space. The voice track tells a tale of terror, of being buried alive and trapped. The viewer becomes an active participant in the event, shaken out the complacency associated with watching television or popular film. The viewer is engaged in what Oursler calls the “psychodramatic grammar” of the moving image, objects injected with real human emotions.

By Tony Oursler in the Collection 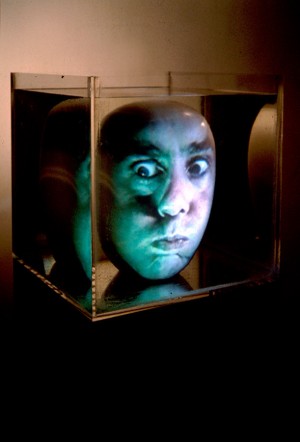 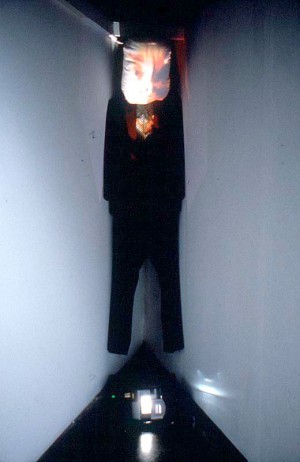 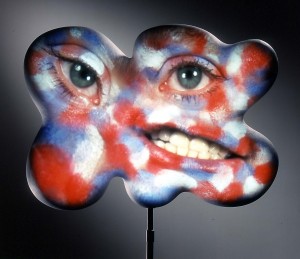 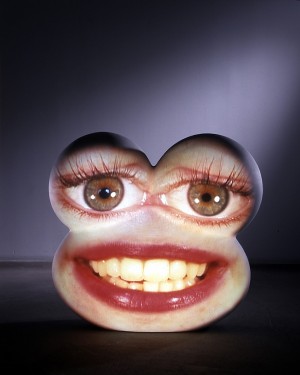 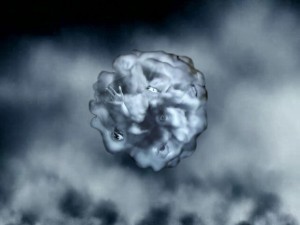 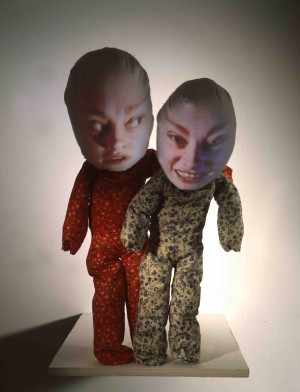