Thomas Ruff, along with artists such as Thomas Struth and Andreas Gursky, is a part of a loosely defined group of photo innovators who studied under the conceptual photographers Bernd and Hilla Becher at the Kunstakademie Düsseldorf. Ruff’s specific contribution to the Düsseldorf legacy comes in his pursuit of the reality and truth of photography not as a portrayal of the essence of a place or object but as simply an image. As Ruff notes, “I believe that photography can only reproduce the surface of things.”

In his work, Ruff removes pictorial features, including perspective, horizon lines, and spatial depth, that reinforce the illusion that something essential about a person or thing has been captured. Instead, he wants the photograph to be what it is—a banal recording made by a machine, an object that only receives meaning after its production. There is never anything dramatic in a Ruff photograph; his subjects (newspaper photos, portraits, and pornography) are drained of their theater in exchange for a look at their truth. For Ruff, the increasing distance between an event and its representation is a natural outcome of contemporary vision. Today we are bombarded with sensationalist images and this bombardment makes us callous or apathetic to their content.

jpeg ny05, 2004, depicts the rubble of 9/11. Seemingly, images of the cataclysmic event lead to reflection or memorializing; Ruff, however, suggests that the inevitable repetition of these images results in the opposite—the images are ignored and people become desensitized to their content. As in his work of the late 1980s and early 90s, Ruff uses a recognizable image taken from a newspaper, the Internet, or a magazine and blows it up to a large format. Then, as in his famous series of nudes from the late 1990s, the image is stretched to the point of becoming blurry. Literally, the closer one looks at the photograph, the less information one is able to receive. The resolution, or the traditional essential truth of the photograph, threatens to be lost entirely while another, perhaps more important truth, emerges—that the emotional content of a photograph is in constant danger of disappearing.

By Thomas Ruff in the Collection 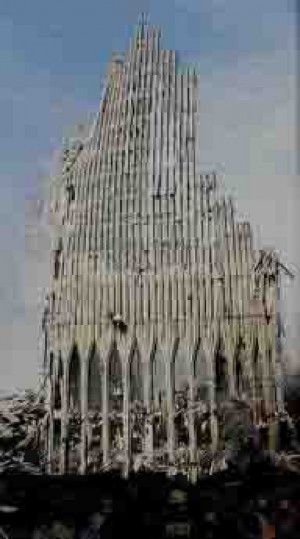 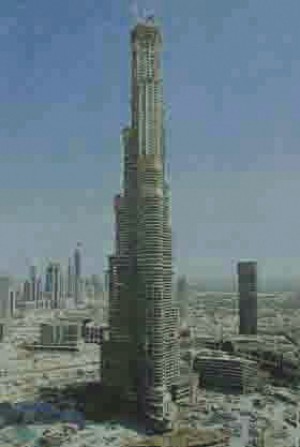 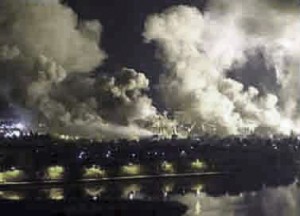