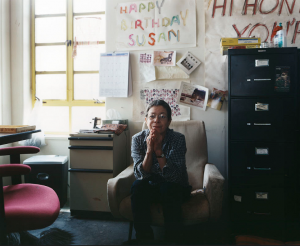 Susan Rothenberg’s work emerged in the late 1970s when painting was believed to be playing out the last gasps of outdated formalism. Minimalism was at its height and the turn away from painterly expression was considered complete. Rothenberg’s horse figures balanced the formal rigor and repetition of minimalism with the effects of abstract expressionism and color field painting. Her work was immediately heralded for its innovation and was included in the important New Image Painting exhibition at the Whitney Museum in 1978, a moment that marked a shift in art making from the processed-based practices of the 1970s to the return of painting for which the early 1980s would become known.

Double Masked Heads, 1974, is one of Rothenberg’s earliest horse images. The work depicts two horses in relation to a centerline that cuts the canvas down the middle. The horses are built up out of the ground and rendered in warm, tactile reds, but the idea of repetition and doubling found in minimalist art is evident. A certain amount of ambiguity is present—it is unclear whether there are in fact two horses or whether each is a negative or a positive shadow of the other. The horses are devoid of any sentimental detail or representational accuracy, and the horse form itself, close to but not quite symmetrical, creates an unsettled field for pictorial exploration.

In the early 1980s, Rothenberg’s work became less dedicated to geometry and formal relationships and took on a more organic and personal impulse. Curator Joan Simon cites Rothenberg’s increased interest in bones and the structure of living bodies as one origin of the shift. Bone Heads, 1989–90, is a monumental work in this vein, showing two heads caught between life and death. The heads are attached to two bones, one apparently wrapped in muscle and the other stripped of most of its flesh. Even on a large canvas, Bone Heads strikes a delicate emotional and physical balance. As with Rothenberg’s earlier works, the painting is richly textured, as though its forms are embedded in the ground rather than sitting atop it.

By Susan Rothenberg in the Collection 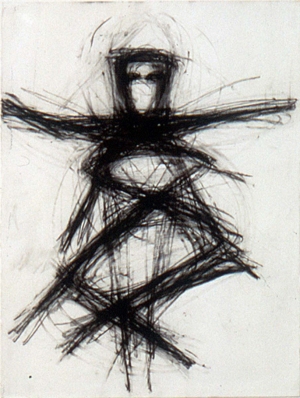 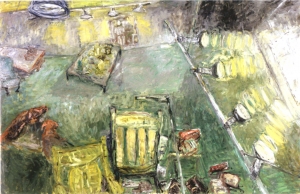 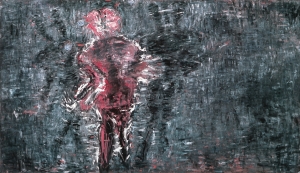 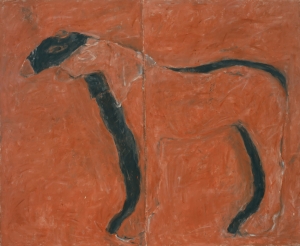 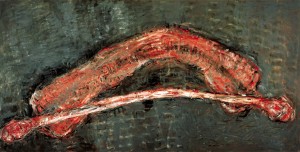 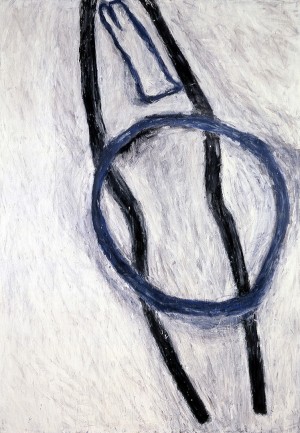