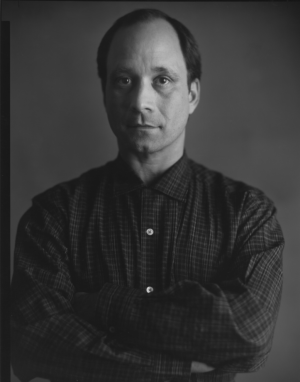 Ross Bleckner’s paintings blend abstraction with recognizable symbols to create meditations on perception, transcendence, and loss. In contrast to the prominent painters of the 1980s who reasserted figuration, Bleckner persisted in his attempts to identify what meaning the abstract image could convincingly hold in our times. As the 1980s progressed and the AIDS health crisis began to take its toll on society at large and on many of Bleckner’s friends and colleagues, his paintings became elegies to specific losses suffered and reflections on bereavement. Bleckner’s paintings, glowing and contemplative, resemble passageways to the beyond.

Bed Flower, 1985, is particularly evocative of an elegy. To Bleckner, the items presented in the work function as psychological objects that transcend individual value to become important socially. The chandelier hangs in an ambiguous, loosely defined dark space, possibly a funeral parlor or a place of transition. Bleckner punctuates the darkness with flickers of light, holding onto the faintest trace of hope.

By Ross Bleckner in the Collection 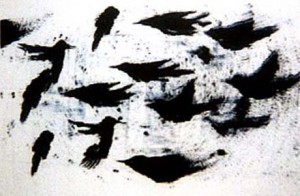 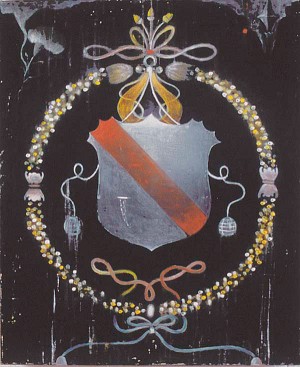 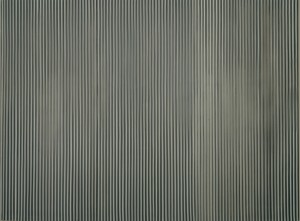 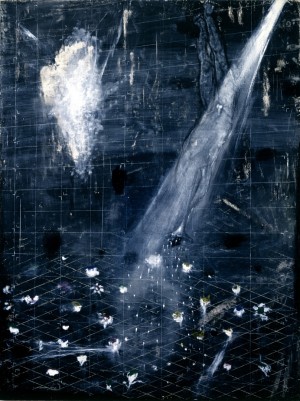 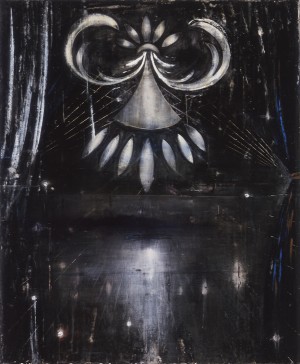