Richard Prince emerged in the late 1970s among a group of artists using conceptual photographic strategies, including Cindy Sherman, Sherrie Levine, and others. In Prince’s technique, he rephotographs advertisements or magazine images and presents them as art. For this reason, he is aligned with the theories and concerns of appropriation and specifically with the critical debate over artistic authorship. Prince’s photographs demonstrate that it is not the origin of images that matters (the artist or the advertising firm) but their destination, a place belonging to the viewers, where images find their meaning. Furthermore, the artist’s work points to conceptual photography’s interest in subverting the dominance of the market and the economy; he takes the images back from advertising to take a critical stance on capitalism.

Alongside the photographs of pre-existing images, Prince developed the Monochromatic Jokes series of paintings, an example of which is Eat, Sleep and Drink, 1989. Jokes can be seen as masks for something else, masking harsh critiques under cool, detached irony. Prince’s Jokes have this effect, often betraying the personal biases of the people that utter them, whether sexist, racist, or homophobic. Prince reclaims these dark territories for his art, appropriating their content to lay them bare and draw attention to their existence.

From his paintings and photographs, Prince’s art practice has extended to installations, photography books, short fiction, as well as sculpture. What’s What, 1989, is from the artist’s Hoods series. For these works, Prince reimagines classic car hoods, which he orders from advertisements in muscle car magazines, in wood, Bondo, and other materials. He displays many of the Hoods at his Second House, a private installation in which he arranges his work in upstate New York (now owned by the Guggenheim Museum). The car hoods are readymades, recreated from found objects, and like the photographs take on their meaning according to how they are displayed.

By Richard Prince in the Collection 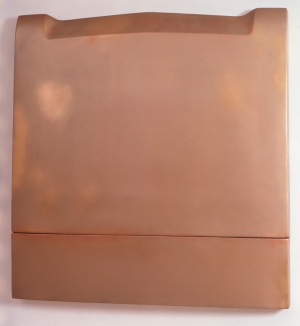 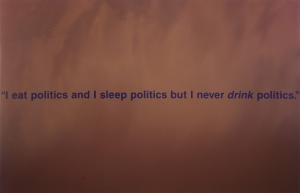 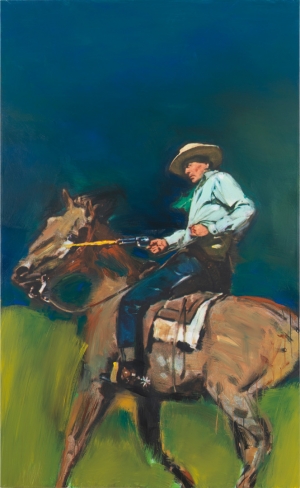 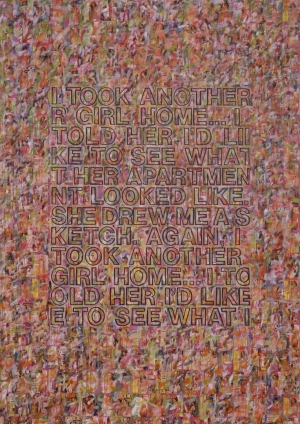