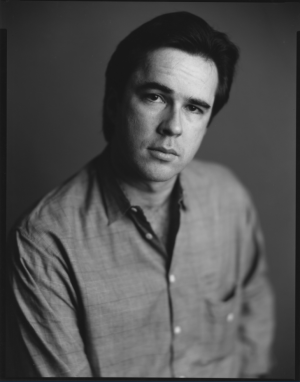 Mark Tansey’s approach to painting reflects a deep knowledge of art, as many of his motifs are either lifted from historical paintings or depict important artists and philosophers. Each of Tansey’s paintings is a carefully calculated allegory about the meaning of art and the mystery of the human impulse to make images. Rendered in a single hue, Tansey’s canvases achieve a precise photographic quality through a complex process involving the washing, brushing, or scraping of monochromatic paint into gesso. Tansey’s subjects are fantastic, sometimes surreal scenes in which intellectual theories about art are dramatized, often complete with portraits of characters drawn from the discipline’s history.

Forward Retreat, 1986, describes the slipperiness of perception and questions the validity of innovation in art. The central image of horseback riders is painted as a reflection on water. The riders, all outfitted in uniforms of Western powers (American, French, German, and British), represent the nationalities of artists who came to dominate twentieth-century art history. They are seated backward on their horses, focused on a distant receding horizon, and are oblivious to the fact that their steeds trample on the crushed ruins of myriad pottery and objets d’art. With typically dry humor, Tansey implies two conclusions: that art progresses on the ruins of its past and that art making is propelled in part by unconscious forces.

Arrest, 1988, also reflects on art’s ambivalent relationship with history. In the picture, a group of people is almost completely absorbed by the shadow of an ancient statue. From the darkness, the limbs and objects that emerge suggest an auto body shop, a place where vehicles are fixed with the hope of escaping the shadow across the expanse of desert. Tansey has described this painting as a meditation on history and the bind it places on artists. While on one hand, art seeks to be truly revolutionary, on the other hand, art is sustained and nourished by the past. Ultimately, the painting offers the idea that an escape from history is possible but inherently dangerous.

By Mark Tansey in the Collection 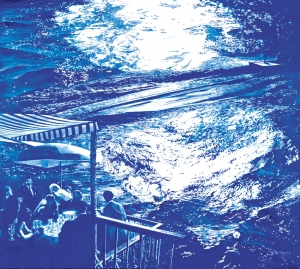 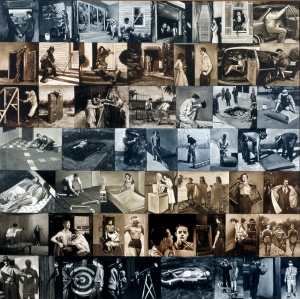 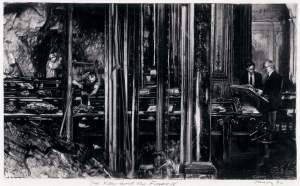 Mark Tansey, 1992
The Raw and the Framed 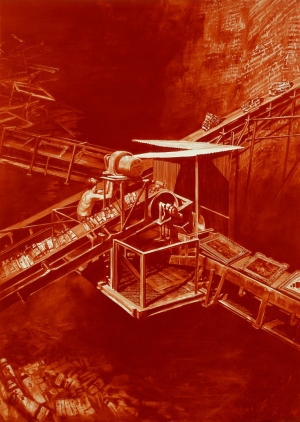 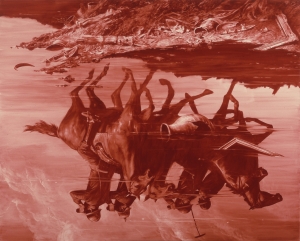 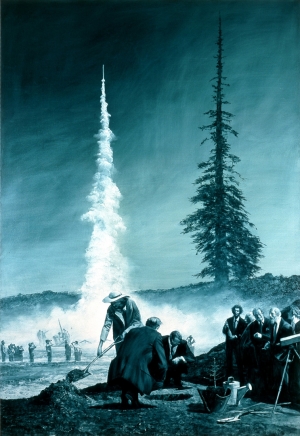 Mark Tansey, 1986
Achilles and the Tortoise
Browse the collection