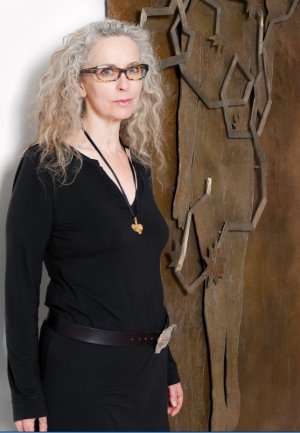 When conceptual and minimalist art was at its height, Kiki Smith unapologetically made work related to bodily presence and sensual, subjective knowledge of nature and emotion. Deciding against the heavy, industrial materials of sculptors like Donald Judd, Richard Serra, or her father, Tony Smith, Smith uses ephemeral materials such as paper, wax, glass, and ceramics. Often her sculptures employ the abject, castoffs from the body that seem to occupy a strange middle ground between life and death, objects like fluid and severed limbs that have left the body but are somehow “missed.”

Smith’s art resists both modern and classical notions of beauty, trading in the easily fetishized exterior of the body for the interior, exposing the inner life of the flesh. Often, Smith draws upon themes of death, sexuality, and vulnerability in her work with the concept of the feminine at its heart. Later in her career, Smith explored famous women of history, from Lilith to the Virgin Mary to Little Red Riding Hood, in continuation of her refashioning of typical representations of women in myth and literature.

Untitled (Red Man), 1991, is a body made of Gampi paper covered in blood red ink. Hanging lifeless on the wall, the body is removed from its former animation, disempowered with its two severed arms and severed head accompanying it. As in a scene from Francisco Goya, the body has experienced extreme trauma; it is emptied of its organs and left with just its bloodied shell. Smith’s use of simple paper and ink undercut the gruesomeness of the scene, placing the artwork at a distance from its horrible subject matter. The result is a mysterious, entranced object that seems to avoid both a nihilistic vision of death and a pornographic use of traumatic imagery.

In the late 1990s, Smith started moving away from the body as the central focus of her work to the power and mysteries of the natural world as a whole. Fairy Rings (Mushrooms), 1998, is a ring of bronze mushrooms apparently sprouting from the wall. Mushroom rings have long been associated with the devil and witchcraft, and it was once thought that toadstools were the markers left by fairy footprints during the night. Smith combines such mythological history with the lineage of minimalism for this spare but insightful work.

By Kiki Smith in the Collection 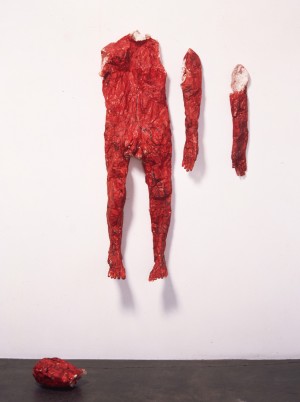 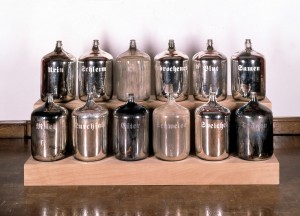 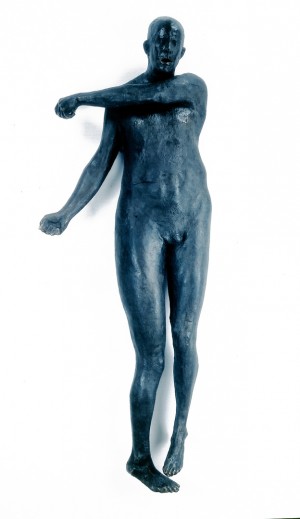 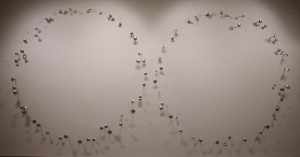