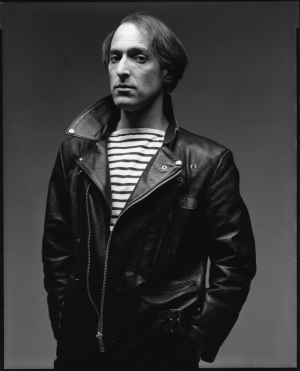 David Salle has taken the device of pastiche, which is central to modern art, and made it both the form and the content of his work. His canvases are populated with dramatic images lifted from sources as various as Salle’s own black-and-white photographs, eighteenth- through twentieth-century French and American painting, 1950s print advertising, and how-to-draw manuals. The juxtaposition of these images gives his paintings a mystery and charge that intrigued the art world in the 1980s and made him, along with Julian Schnabel, the star of what is known as the return to painting, postmodern painting, or neo-expressionism.

In Demonic Roland, 1987, as in many of Salle’s paintings, the idea and images behind the work are literary as well as visual. The title references the Song of Roland, yet the images relate to this prose obscurely and with a fair dose of paradox. The main underlying image appears to be Salle’s depiction of two workingmen in a Depression-era photograph. Floating prominently over the scene is a startlingly bright, fleshy pastiche of a voluptuous nude. That these combinations of images completely thwart any narrative comprises a primary intention of the work.

Salle’s paintings capture impressions of the detached observer. Intellectualism and eroticism are gathered together, interwoven, and implied, but never inserted into a comfortable vision of a coherent universe. Clean Glasses, 1985, is a good example of Salle’s mixture of the erotic with the ordinary. The top of the canvas shows a seemingly sexually available woman, while the bottom half of the work presents a nondescript tenement wall recalling the domestic setting of an Italian hill town or medieval village. The painting presents a split personality, a divided self, and a complex accumulation of opposites. Through such passages of painting, Salle reflects the modern preoccupation with the problem of reconciling one’s individuality with the constant input of images and ideas from the outside, media-dominated world.

By David Salle in the Collection 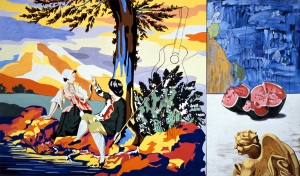 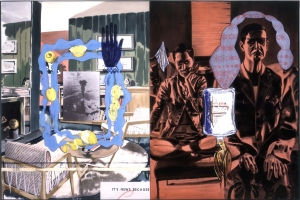 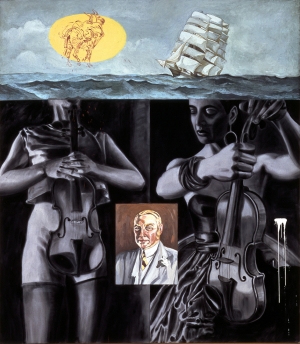 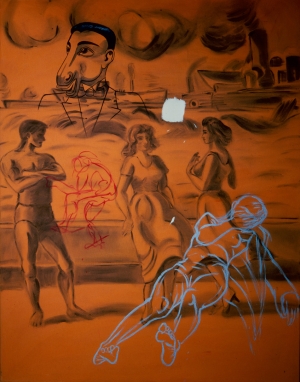 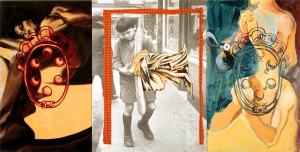 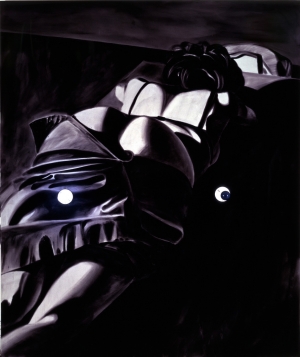 David Salle, 1986
The Loneliness of Clothes 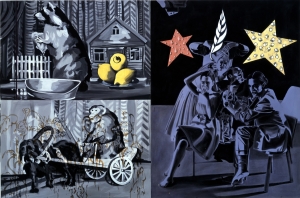 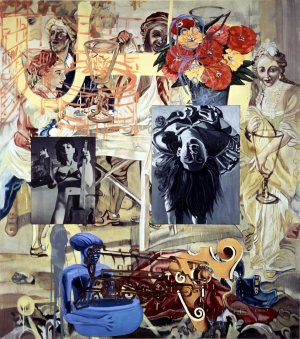 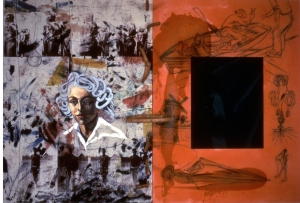 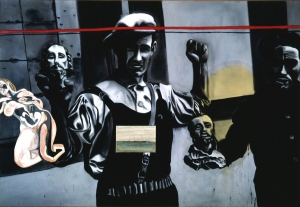 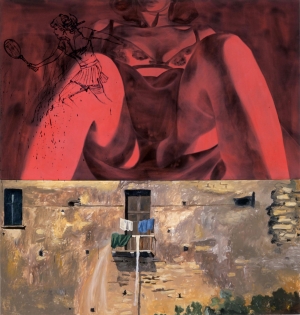 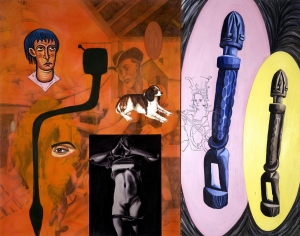 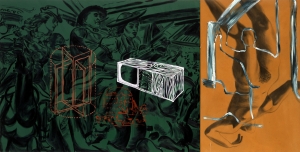 David Salle, 1982
Before No Walk
Browse the collection