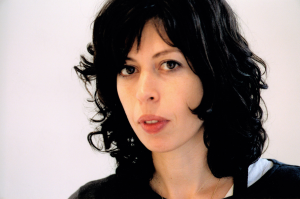 Cecily Brown’s painting often uses the history of sex as depicted in Western art history and reinvents the subject matter through an immediate, direct application of pigment. As critic Johanna Drucker notes, the paintings “flicker at the hallucinatory edge between figural representation and gestural abstraction,” and these flickers can mimic the ranges of touch and flashes of eroticism. As a pictorial strategy, Brown’s paintings never fully coalescence into stable images, but instead delay closure and become a field of often beautiful passages of colorful marks and strokes.

By Cecily Brown in the Collection 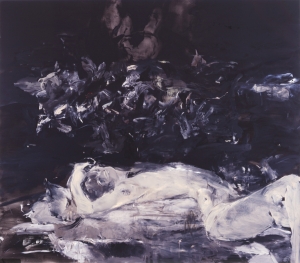 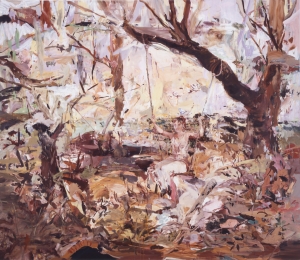 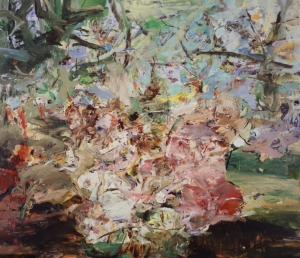 Cecily Brown, 2002
Figures in a Landscape 2
On View 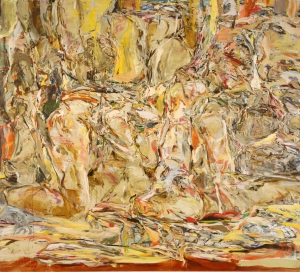 Cecily Brown, 1999
Tender is the Night
On View
Browse the collection