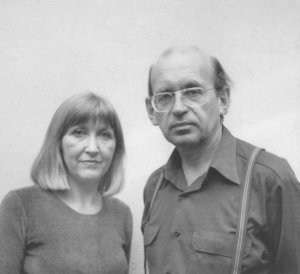 Beginning in the early 1960s, Bernd and Hilla Becher’s collaboration produced over two hundred photographic collections of industrial buildings, such as smokestacks, water towers, and factories. Continuing Germany’s lineage of documentary photography, most notably August Sander’s portraits of the German public, the Bechers aligned the style with the theoretical impulse of contemporary art. In many ways, the Bechers were recording the increasingly lost world of the Industrial Revolution, which is often viewed as a cause of modernist optimism and a social hope in the power of art and architecture. While not cynical, the Bechers’ straightforward presentations of industrial buildings function as ambivalent elegies to this modern thinking at a time when theoretical movements in art became more critical of modernism’s pretensions and unfulfilled dreams.

The Bechers brought their conceptually clear working style to their many decades of teaching at the Kunstakademie Düsseldorf. Their particular method of photography was to use a large-format camera placed at a raised vantage point, allowing a long exposure time to give distant buildings crisp, chiseled detail. Their students were not confined to the Bechers’ approach, however, but instead encouraged through a wide-ranging study of the history of art to find the rigorous method best suited to their subject matter. Many of the most celebrated photographers working today were among their students, including Andreas Gursky, Thomas Struth, Candida Höfer, Axel Hütte, and Elger Esser.

Typology of Water Towers, 1972, is six suites of nine black-and-white photographs. It is one of the only complete Becher typologies contained and displayed together in one collection. The water towers are bound stylistically, yet through careful study the photographs reveal sometimes dramatic and sometimes subtle differences. Ultimately, to fully grasp the blunt, systematic display of the buildings, the duration of viewing time must be extended. The buildings take on a humanized aspect built of individual characteristics that lie outside dominant styles and oppressive paradigms.

By Bernd and Hilla Becher in the Collection 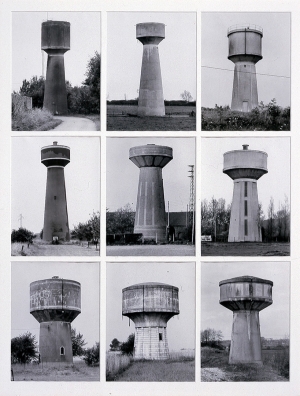 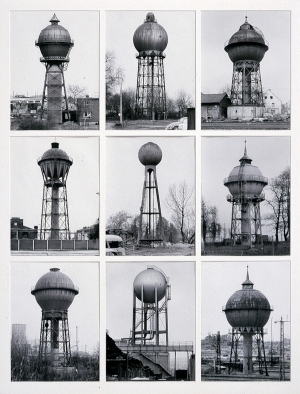 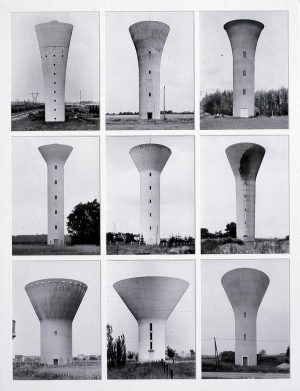 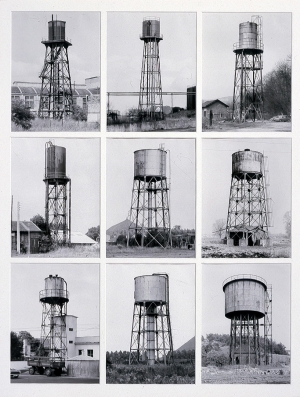 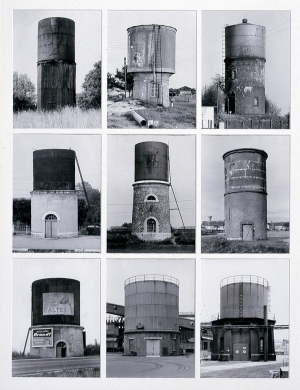